He didn't even say goodbye! - Mehboob retires from Kirklees Council 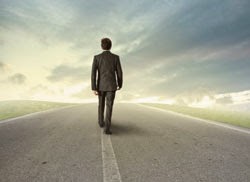 My sparring partner for many years on Kirklees Council ex Labour Leader Mehboob Khan yesterday resigned from Kirklees Council.  I'm pretty sure that he didn't give local Labour Party members much more, if any, notice than the Huddersfield Examiner and the Council got. With only a few weeks to go before close of nominations this allows the Labour Party and the other Parties little time to find an additional candidate. In theory it should be straightforward for Labour to get another name for the ballot paper in Greenhead. There was a selection for the Greenhead seat with 2 candidates and one came out on top and the sitting Councillor was deselected. So the 'easy' answer would be to make both of them Labour Candidates for the Local Election in Greenhead Ward. That may yet happen but the fractious effect and outcome of the previous selection contest would have to be set on one side and that may just be too difficult. There is the other complication that the deselected Labour Candidate is now selected for the more problematic Ward of Almondbury. You can't help thinking how much less complicated things would have been for Labour if Mehboob had just stood down months ago before the selection contest. A lot of Labour angst may have been avoided. Still not my problem!

At last weeks Full Council meeting, the last before the Local Elections, tributes were given to those members who were standing down. At that time Mehboob's name was not on the list so no tributes! He still had a year left to run on his term of office and had already spent a year being a Kirklees Councillor when mainly being based in London. You get the distinct impression that Mehboob's departure was as much of a surprise to the current Labour Leader as it was to the rest of us.

There's a lot that has been said about Mehboob and his sometimes complex dealings and there's a lot more I and others could say. Recognising that both Teflon and Luck are finite materials has meant Mehboob has been able to choose the manner of his own departure, a luxury not many politicians have.