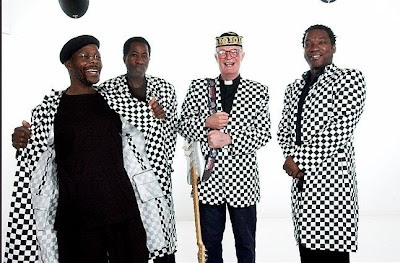 Posted by Andrew Cooper at 19:14 No comments:


I went to the launch of the 'Red and Green Club' today in Milnsbridge. The idea behind this is to give the old Milnsbridge Socialist Club a new lease of life and as a useful centre and venue for radical/progressive politics. It gave me some cause for thought about some of the labels we go by in politics. As Milnsbridge Socialist Club it's traditional allegiance would have been to the Labour Party when 'socialism'and Labour were regarded as pretty much the same thing. With the loss of Clause 4 and a recent Labour Government which did its own share of privatisation, being a Socialist in the Labour Party may be more of a convenience than a conviction for those who label themselves as such. There's also no end of other groupings who are proud to shout from the rooftops their socialism e.g. The Socialist Party, Trade Unionist and Socialist against the Cuts, the Socialist Workers Party, the Alliance for Green Socialism. Within the Green Party we have people who regard themselves as socialists and organise themselves under the banner of 'Green Left'.

I've never regarded my own politics as socialist. I'm philosophically a Liberal and believe strongly in the positive freedoms of the individual and freedom from 'Ignorance, Poverty and Conformity' as we used to say in the Young Liberals back in the 80's. I'm sure some folks in the Liberal Democrats still say that now but with much less credibility given their bedfellows. In Kirklees Council meetings the Tory Leader once described me as an 'extreme socialist' which I found pretty amusing and reflected more how far to the right of the Tories he was than any understanding of my own politics or motivations. I'm not frightened by the word 'socialist' nor regard it as a negative it just doesn't reflect my own political background . I usually tell Tories who accuse me of being a Socialist or a 'Watermelon' (red on the inside green on the outside -geddit? Yawn) that they've got it wrong and "No I'm not a Socialist I'm much worse than that!" They sort of wander away looking a bit confused.

Back to 'The Red and Green Club' and all credit to Labour Cllr Paul Salveson for pushing this venture and for stepping above the tribalism that is Party Politics. The Colne Valley has a strong radical tradition with the Luddites, Socialist MP Victor Grayson and I would argue Liberal MP Richard Wainwright a life long pacifist who worked as an ambulance driver in World War 2 rather than take up arms. I'm not suggesting Paul changes the name to 'The Red, Green and Yellow Club' the Lib Dems have obviously moved a long way since Richard Wainwright's time.

If you want to have a go at objectively testing how socialist/radical/tender you are there is a test you can take. I guess Tories/UKIP people could take it in the same way someone might want to test if they've got some awful disease. My scores for the record were radicalism 96.75 socialism 88 tenderness 55 (got a bit of work to do on that last one) so here's Andrew Strong singing 'Try a little Tenderness'

Conservative Peer Lord Howell's gaffe that fracking for natural gas should be pursued in the 'desolate North East' was shortly followed by a correction that he meant the North West - oh that's alright then! This was followed up by yet another gaffe by Tory Energy Minister Michael Fallon saying in a private meeting  "It's from Dorset all the way along through Hampshire... perhaps into a bit of Surrey and even my own County of Kent.... All these people writing leaders saying 'Why don't they get on with shale?' We are going to see whether they like the flaring at the end of the drive." The truth is that most regions in England, including Yorkshire and the Humber, are potential targets for the fracking industry.

There are of course going to be comparisons with wind energy and already toff Tory boy MP William Rees Mogg has made comments along the lines of preferring fracking to wind energy, that according to his uniformed view doesn't produce significant amounts of electricity. Untrue, but then the truth isn't what this is all about, because this is about money and interests. There are strong Tory links to the petrochemical industry hence the tax breaks for this polluting form of energy and the warm reception to the prospect of wide scale fracking operations by many of them. Less explicable is the support from the Lib Dems, Labour and UKIP for fracking but then all their energy policies are in a complete mess. All support the expansion of cost spiralling dangerous nuclear energy at a huge potential public subsidy of the scale that  the renewables sector could only dream of. All ignore the long term financial and environmental costs of both fracking and nuclear.

'Fracking' (and nuclear) are being pursued in the name of 'energy security'  but real security will come from reducing our demand for all energy, no matter how it is produced.  All the 3 large Westminster parties  have no credible domestic energy conservation strategy relying instead on the public to take out Green Deal loans to improve their homes over 25 years at 7%+ interest rates. This is not surprisingly proving to be very unattractive to householders and DECC have now released £20million to encourage Councils to draw up plans to promote this failing scheme. As the product itself is no good no end of promotion is going to make this turkey fly. Contrast the underfunded ill conceived Green Deal with the use of £50billion of public money in HS2 which will end up being a private business rather than using it to improve the energy efficiency of the public's homes. Surely supporting the reduction in domestic energy demand is more important than simply accommodating it through provision of locally polluting and globally damaging fracking for gas but then what interest is there in the saving of energy when you're a Tory making money out of using it?

The latest independent opinion poll specifically about next years European Elections is good news for the Green Party and shows we are on target to achieve our first MEP for the Yorkshire and Humber Region.

The European Elections are conducted under the list system of voting which gives more proportional outcomes and with 6 MEP positions the prospects for one of those places seeing a Green elected are good. The Yougov Poll for the Electoral Reform Society shows the Greens on over 12% beating the Lib Dems into fifth place and anything over 10% gives us a good chance of ensuring we getting a Yorkshire and Humber seat. As I am the Lead Candidate for the the Greens in our Region this is an exciting prospect and gives people who oppose establishment parties, but don't want to vote a Right Wing Conservative Party Mark 2 like UKiP, a real choice. At the last Euro Poll in 2009 the Greens were just over 1% short of winning and lost out narrowly to the BNP who won the sixth seat. The collapse of the BNP and faltering support for the Lib Dems leaves a real opportunity for the Green Party to make a breakthrough.

If elected I wouldn't want it to be one off expression of discontent but a positive vote for an MEP who is trying to get more European funds to help create jobs and worthwhile investment in our communities. Someone who is working to improve the energy performance of our homes and businesses and at the same time helping young people develop skills in worthwhile jobs that they can build a life upon. It is locally owned and managed businesses working together that are the key to a truly sustainable economy where wealth is not siphoned out of our communities. As a Green MEP I would want to work with local councils across our Region to support the development of more sustainable local economies that are more resilient to the insecurities of an increasingly globalised economy.

What concerns me about the current state of UK politics is the lack of a positive vision. Negativity and being against things seems to be how many politicians express themselves all of the time. Of course we need to say when we have legitimate concerns about issues affecting our communities but we must spend at least the same amount of time telling people what our vision for a positive future looks like and what we will do to help us get there.

Details of the Yougov Poll here

Posted by Andrew Cooper at 11:17 No comments: