Just got back off my hols in Pembrokeshire, Wales. A good time was had by all and I got a couple of days  walking in adding another 22 miles to my tally on the Pembrokeshire Coastal Path. It was a 'green' holiday too with the cottage we rented being heated with a wood burning stove and hot water provided by solar thermal panels (very reminiscent of home really). We also got some time under canvas at the Cambridge Folk Festival where my wood gasification stove saw some action. One of the great things about the Folk Festival is that they insist on wooden cutlery rather than plastic at the takeaways. So collecting these and burning them in my stove helps cook our bacon sandwiches in the morning. Okay I know it should be a free range organic egg and mushroom sandwich on homemade wholemeal bread but then no ones perfect! One of the real advantages is you don't need to buy propane or butane canisters just the occasional AA battery for the fan. It also saw action at the AGC Conference where I camped in Norwich. Anyhow heres a vid demonstrating how wood gas stoves work followed by a vid by the band Katzenjammer from Norway who played at Cambridge this year.

Planning meetings should be webcast

Webcasting council meetings has been a very successful initiative that was originally proposed in a Green Party motion to Council a few years ago. The council certainly took its time implementing webcasting but we now regularly have hundreds of people logging on and seeing how their elected representatives are acting on their behalf. To a large extent they see it warts and all. Full Council and Cabinet meetings are webcast but not Planning Committee meetings. We have recently had some interesting and controversial items at Huddersfield Area Planning Committee such as the proposed developments of housing and a data centre at Lindley Moor. No doubt many people would have logged on to watch if it were possible.  I guess the Councils main concern is that webcasting may aid applicants who appeal to the Secretary of State against decisions that are made against them.  If those decisions were made on the basis of flawed logic, dodgy arguments and didn't show Councillors in a particularly good light then that is something the Council might not want displayed for all to see. My own view is that if we are to see standards rise  then transparency through webcasting of Planning meetings can only make things better. If meetings aren't webcast then the only option for many who want a 'live feed' will be to follow those 'tweeting' from the Council meeting and you would certainly lose a lot of the drama and nuances e.g. the rapturous applause from the public for Cllr Khan as he supported building on Lindley Moor at the last Planning Meeting. Okay that's not the reaction he got, but if meetings were webcast you'd know that for sure!
Posted by Andrew Cooper at 07:34 No comments:

The Wrath of Khan 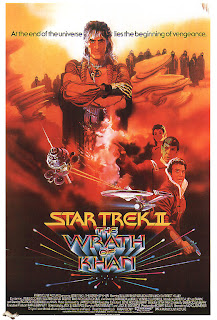 The last Full Council meeting saw Kirklees Council Leader Mehboob Khan attack the new Green Party Administration in Brighton in a response to one of the many planted questions he'd arranged for the meeting. His answer was riddled with inaccuracies and lies but I guess everyone has there own leadership style. If you want to follow the actual point in the meeting in the webcast it begins about 35mins 30 seconds in (my reaction to Cllr Khan's comments can't quite be made out on the webcast fortunately!)

The crux of his case was that the Green Party in the run up to the local elections had promised that cuts were unnecessary and wouldn't happen if they were elected. So I drew the Kirklees Webcast to Brighton Green Party's attention and Councillor Jason Kicat had the following comment to make,

We pledged to resist cuts to maximum extent legally possible. Furthermore the council has an ongoing value for money (efficiency) programme which actually over-delivered last year and is continuing this year."

You do wonder whether Cllr Khan's comments are part of a general fear about the Greens in the Labour Party. At their next Conference in Liverpool they even have a fringe meeting entitled "Green to Red: How can Labour stop the Greens spreading?"

Of course Cllr Khan's 'wrath' is because we didn't join with the other parties in voting for extensive cuts to adult social care (which they have now been forced to backtrack on for legal reasons). He doesn't seem to recognise that for some of us voting for cuts to services for the most vulnerable when bankers get off scot free is a matter of principle and conscience. He may regard voting on the basis of your beliefs as a luxury or an indulgence. I believe by opposing the cuts we provided a greater service to politics as a whole by ensuring that people in the most difficult circumstances felt supported and that they had a voice.


Khan Plots his revenge. " He tasks me"

Posted by Andrew Cooper at 08:38 No comments:

Its come round to the Total Politics blog Awards again. If you fancy voting for Greening Kirklees I'd appreciate it. If you don't that's OK too. It fits into the 'Green' and 'Councillor' categories. Here's the link


"Fact of the evening (according to Cllr Khan at least): #Green Cllr Andrew Cooper has four cars #doastheysaynotastheydo"
It's difficult to work out who to be more annoyed with, Cllr Khan for lying or Cllr Blanchard for repeating it.
The truth is that we have only one car in our household and went down from 2 about 2 years ago and have never had more than that. Also I generally don't use it as I either walk to Huddersfield or use the train or very occasionally the car if I need to go somewhere where I'd need a car or to trasport something heavier than I could carry any distance. I also use City Car Club if I need a car but my better half needs ours.
My advice to Cllr Blanchard would not to necessarily believe everything Cllr Khan says nor to repeat it without checking it out first. He could also have a look at Cllr Khan's car. Very nice and flashy with a personalised number plate.

Posted by Andrew Cooper at 18:52 No comments: 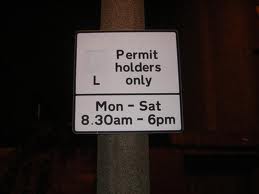 £30 is not a lot of money for some people but if you are a pensioner on a fixed income or receive income support then it is effectively another tax on you at a time of rising food and fuel prices. For many people a parking permit is not even a guarantee that you can park on your own street as particularly in the Springwood area contractors and people working on behalf of Kirklees often take up these spaces. Though many low income and pensioner households may not have a car they value the permits to use for family and friends who come to visit them.

If Kirklees were to make concessions to low income households, as we would want them to do, this would reduce the amount of revenue the scheme would generate thereby making charging as a policy less viable. For that reason we want Kirklees to scrap the idea of introducing a charge for parking permits for all households.

Before any proposed charge is introduced all 8000 permit parking holders will have to be consulted by letter and allowed 21 days to respond. These responses will then have to be considered by Kirklees Cabinet.

The Liberal Democrats are also opposing permit parking charges currently in the Lindley area but were in favour of them during the budget process which set the wheels in motion on this proposal.
Posted by Andrew Cooper at 17:44 No comments: