The 2016 target always stood out as an ambitious government aim and you had to ask yourself why a Labour government that was so lamentable on its action to reduce the emissions of existing homes was being so stringent on new properties. Predictably the members of the Home Builders Federation were resistant from the start and increased cost of building for their membership would be a constant pressure to dilute the target. Ironically the feed in tariff for renewable electricity could completely negate the cost of installing solar photovoltaic panels for developers by assigning the tariff to them ( and would provide them with an income to boot). This could also be the same for renewable heat technologies dependent on the outcome of the Renewable Heat Incentive consultation in October. So ironically the 'eco-bling' as its critics call it, the highest cost could cost the developer nothing and indeed make them a profit.

So the real question is around the thermal performance standard of new build housing, the insulation, the airtightness, the recovery of heat through ventilation. The emphasis on the importance of this in the design has been stressed by proponents of the Passivhaus approach where addressing the need for energy demand during the design and construction phase is paramount. Here in Huddersfield, where else, we are ahead of the game with the Denby Dale Passivhaus. This was constructed for a private owner by the Green Building Company and it has raised serious questions about the governments Code for Sustainable Homes on which the Zero Carbon Standard was to be based. Ironically their property would only acheive a Code Level 3 on the Code for Sustainable Homes because of it's calculation methodology not because of its actual carbon emissions. So to put it clearly, one of the best performing homes in the UK in terms of thermal performance ever would be illegal if the zero carbon homes standard became law but would probably produce less emissions. There's some great resources on how the property was constructed including Bill Butcher's excellent construction diary here.
So what are we to conclude from all this. Well the government would not be right to water down the Code for  Sustainable Homes if anything it should be tightened up. Should we ignore microgeneration as many in the Passivhaus movement suggest? I don't think so, electricity consumption by homes remains an issue and if anything the use of photovoltaics should be mandatory on new build houses and the financial mechanisms that make this possible should be retained. The rumblings are that government is looking again at the tariff levels for the feed in tariff. Let's hope that if they are it doesn't take us backwards.
Posted by Andrew Cooper at 13:33 3 comments:

Down at Malvern Road allotments in Primrose Hill it's harvest time! This was a disused allotment brought back into use following a successful budget bid by Green Cllrs which saw an expansion of allotment facilities across Kirklees. Ironically it is difficult to see such a programme getting funding today but because it was funded people are able to grow their own food cheaply at a time of rising household bills and rising unemployment locally.

The rising role of allotments obviously fits very well into the Growing Newsome agenda link and there is a community allotment at Ashenhurst that needs volunteers to help. Contact Growing Newsome guru Diane Sims to volunteer your services http://growingnewsome.wordpress.com/contact/.

Our allotment has produced loads of spuds, peas, beans, cabbage, turnips and marrows and marrows and marrows which were courgettes before I went on holiday. Our kids don't like marrow so they've been eating it quite happily mashed into pasta sauce until I told them. I then explained the many uses of marrows including the fact that if you mash marrow and banana together you get marajuana. If I ever find evidence he's tried doing this he really will be in trouble!

Posted by Andrew Cooper at 08:32 No comments:

Thanks to all those who voted for Greening Kirklees in the Total Politics Blog Awards. Apparently 2200 people voted in the Awards and my blog came 22nd in the Green Category. Not bad as its been going less than a year.
Posted by Andrew Cooper at 13:54 No comments:

Green Deal or No Deal? 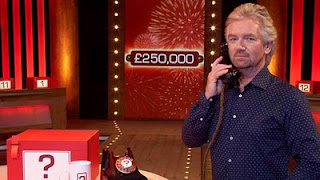 We've had the first 100 days of the "greenest government ever" and  following on from my post on the subject last month we have a number of other green question marks over the Coalition Government's commitment to addressing climate change.

In abolishing the Regional Spatial Strategies, where the primary purpose was to abolish housebuilding targets, the government have also abolished the regional renewable energy targets. These were supposed to drive the installation of wind turbines, solar panels and other clean energy sources. With this gone there is very little hope of the UK hitting the EU's 2020 target of 15% of the UKs energy from renewable sources unless government acts quickly to put new policy drivers in place.

There is also concern over the government's commitment to high Environmental Performance Standards for new power stations and whether or not carbon capture and storage technology is yet mature enough as a technology to make coal fired plants viable. It is likely that though the Lib Dems supposedly are against using public money to finance new nuclear power stations that ways will be found in making them a reality. This will probably be though our energy bills. So no public money just the publics money. Fiendish or what!  Despite all the public statements by politicians on the need for nuclear the case has never been properly made. Most opinions on this seem to be based on belief not facts. Lots of evidence contradicting assertions that we need nuclear energy 'to keep the lights on' can be found at http://www.noneedfornuclear.org.uk/

So we are left with reducing energy demand in the home as our best hope for reducing carbon emissions. The 'Green Deal' not the 'Green New Deal' (as promoted by the Green Party at the last election) is what the Government is pinning its hopes on. Roughly the Green Deal will be a loan arrangement linked to the properties energy bills where the cost of measures will be recovered at a rate no greater than the cost of energy saved making it a win win scenario. This is due to be introduced in 2012 as primary legislation will be required to establish the property linked loan. So far so good but the devil is as always in the detail. There are contradictions to overcome. Within a month Greg Barker MP, Tory Climate Change Minister has said solar panels/microgeneration will not be part of Green Deal's finance package and Nick Clegg, Lib Dem leader has said they will. There are questions over whether simple cost effective insulation measures are best dealt with through loan arrangements in value for money terms compared with public/CERT funded area based initiatives like Kirklees Warm Zone. The answer is probably no. So if microgeneration is not to be included and low cost insulation measures are not appropriate that leaves us with solid wall insulation which may be a 'hard sell' for many households. So there are more questions than answers yet and the governments stated belief that somehow finance packages and project management by supermarkets hold the key to reducing household carbon emissions does not bear much examination. If anything it is local authorities in conjunction with energy utility partners that have the best models for delivering mass energy efficiency measures to households not Tescos.

There is always hope however and we need to see what can be done to steer the Green Deal on the right path in a world where public money is tight and where the risk of a double dip recesssion is ever present. There are more questions than answers at present and the danger is that models for delivering energy efficiency to householders are designed by people who have never had to deliver a successful energy efficiency project of this kind using untested policy models but I'm sure the government wouldn't do that!

(Pictured Noel Edmonds creator of Channel 4s Deal or No Deal gameshow and of course Mr Blobby, proponent of cosmic ordering and also an anti wind Campaigner who created the Renewable Energy Foundation that campaigns against renewable energy. I'm not a fan,)
Posted by Andrew Cooper at 18:00 No comments: 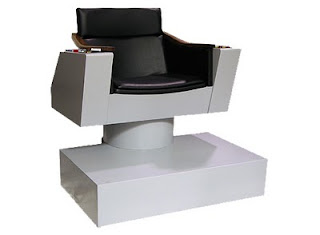 I have a new job! Pay zero, significant responsibility and opportunities for expansion high.

I attended the Association of Green Councillors Annual Conference in Sheffield and was approached to take on the role of Chair which I refused but after a bit of cajoling and the support of  Deputy Chairs Cllr Darren Johnson (GLA/Lewisham) and Cllr John Marjoram (Stroud District/Stroud Town) I agreed to take on the job.


It's an interesting time. We've been through a fairly tough set of elections at the local level due to the general  and Local Elections being held on the same day. We have made some progress with a number of breakthroughs but significant steps back in London where we lost a number of good committed Cllrs. In Norwich, next month the Green Party could become the largest party on the City Council if they are successful in a series of by-elections in September. Experienced Green Cllrs from across the country could be needed to provide advice to the new administration.  We also need to see how we can coordinate the campaigns of Cllrs with our MEPs and MPs. Vitally we need to respond coherently to the Con Dem cuts agenda at the local level and expose the ideological nature of the public spending cuts which goes well beyond deficit reduction.
Posted by Andrew Cooper at 22:30 No comments: