Kirklees Green Party Leader Councillor Andrew Cooper today welcomed calls for a meeting between all Party Leaders on the Council and the Health Minister Jeremy Hunt regarding the proposal to remove acute care and Accident and Emergency Services from Huddersfield Royal Infirmary.
"We need to present a united opposition to these proposals across the political groups to show that we are fully behind the local community and the vital need to maintain Accident and Emergency and other Acute care services at Huddersfield Royal Infirmary"
"National Government is the ultimate provider of funding for NHS services and decisions made at Government level have a huge influence in decisions made locally. This matter must be raised at the highest level with central government. It is simply not acceptable for the Government to say it is a matter for "local determination" as they have done in their response to the online petition." 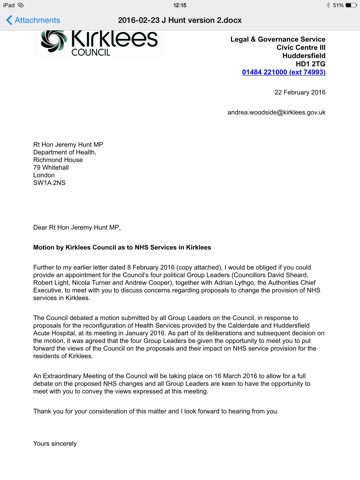 Posted by Andrew Cooper at 12:45 No comments: 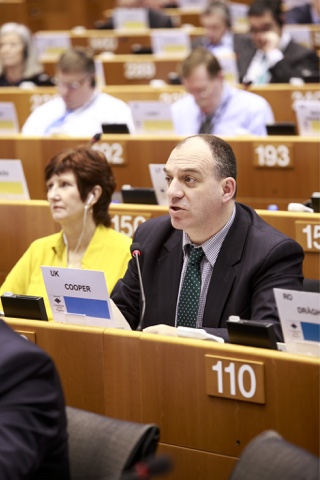 A debate on the use of GDP as an indicator of territorial development was held. Greens have long held the view that GDP and the Economic Growth it measures are of little use as an indicator of social progress. This is how I responded to the debate:

I thank the rapporteur for her amendments which highlight some of the inherent problems with GDP as a measure of social or environmental progress. It was the creator of the concept of GDP who said that
'Distinctions should be kept in mind between quantity and quality of growth' GDP takes no account of consumption of non renewable resources or degradation of the environment. So just as the road to hell is paved with good intentions so the road to catastrophic damage to our climate could be made up of an ever rising GDP. The UK Government and your Governments measure their 'success' or failure in terms of GDP which has no relation to quality of life or our environment. GDP is a dangerous indicator if it drives policy decisions and needs to be abandoned.

Posted by Andrew Cooper at 11:14 No comments: 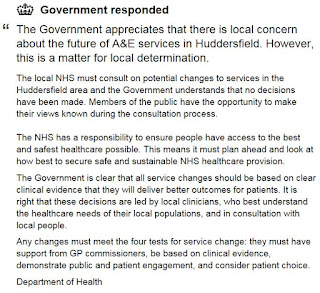 It has been interesting to read the Conservative Government response to the online Parliament petition to save A&E services in Huddersfield. It says that it "is a matter for local determination" and "it is right that these decisions are led by local clinicians, who best understand the healthcare needs of their local populations and in consultation with local people".

The response fails to recognise that  Government  sets the rules and is the ultimate provider of NHS funding. Government makes the funding environment within which local decisions are made. Most people accept that the PFI deal, that was agreed years ago, was a bad one. This financial option is one that both Labour and Conservative Governments have promoted as a dubious, and often expensive, way of funding public sector projects. Successive Governments have set the rules and now this one wants to wash its hands of the issue and say it is a local decision. What I do find very strange  is that Prime Minister David Cameron felt able to go to the Calderdale Royal Hospital in April last year, before the election and guarantee that A & E services would remain there. I am pleased that A&E will remain in Halifax but what makes that issue one that the Prime Minister felt he could comment on and yet the decison at Huddersfield A&E is a "matter for local determination"?

There has been plenty of legitimate talk about PFI in the context of the proposals for the future of Huddersfield Royal Infirmary but very little on the £30 Billion NHS funding gap that was such a feature of the General Election. There was no satisfactory answer to this gap by either potential Government Party, Labour or Tory.  I wonder why local MPs are not referring to it now as an important element in this sorry saga.

The best possible tactic now (as well as putting pressure on local NHS decision makers) is for those of us who want to maintain Accident and Emergency and other Acute Service at Huddersfield Royal Infirmary to keep knocking at the Government door and to make them take responsibility. They are the majority Government after all, even if only 37% of Electors voted for them.

Posted by Andrew Cooper at 10:58 No comments: 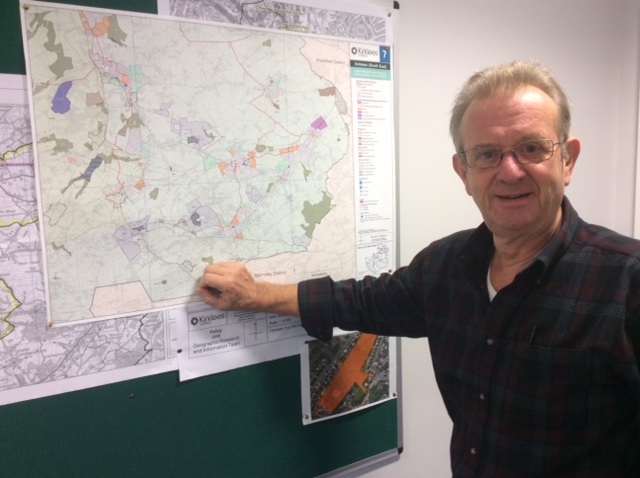 Kirkburton Green Party Councillor Robert Barraclough has backed the calls of many residents to preserve the Green Belt.  The Green Councillor from Farnley Tyas has come out against calls by Farnley Estates to release more Green Belt for Housing Development to support their proposed Country Park.

“As the Draft Kirklees Local Plan consultation ends it is now time to reflect and consider the responses many local people have made through this process. I have spoken to a lot of local people as individuals, responded to emails and phone calls, attended community meetings and have put information about the Local Plan through many local letterboxes. I have got a very clear picture of local feelings and concerns.

One of the main concerns has been the proposal by Farnley Estates to release of Greenbelt land to the Farnley Country Park. Farnley Estates have been actively promoting the concept and this has led to a wide ranging and often heated debate. At this point and looking at the correspondence I have received I feel that there needs to to be much more detail in the proposal before it can be assessed thoroughly.

The proposal requires the release of sensitive areas of Green Belt for housing which I would not be able to support especially as in the draft plan almost all of the proposed sites have been rejected.

In fact the strength of response brings into question whether or not the Green Belt allocation for this proposal should appear in the plan at all. The  wording in the  Draft Local Plan could be reinterpreted over the course of the plan and this is a genuine concern. I will be asking Officers to review this inclusion with a view to removal or substantially tighter drafting.

Since the start of the consultation period I have consistently recommended to concerned residents that the best course of action was to support the rejected sites option, this is what many have done and a course of action that I still agree with.”

Posted by Andrew Cooper at 16:07 No comments: