'Crime fighter' to get new sidekick? 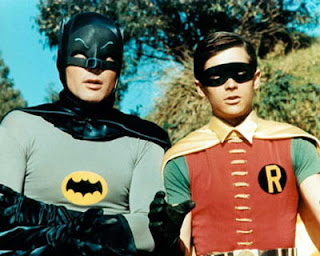 Mark Burns Williamson West Yorkshire Police and Crime Commissioner stands accused of committing the crime of cronyism. That , with malice aforthought , he proposed the diversion of police funds to one of his Labour Party mates and away from front  line policing.

Can Mr Burns Williamson claim in mitigation that he made everyone aware of his intentions well in advance? I submit Exhibit A, a Labour Party Election leaflet  recovered from a gutter in Newsome and forensically reconstructed. It states here in his 5 pledges that he will:

So what's missing? 'I pledge to employ one of my Labour Party colleagues up to £56k to be Robin to my Batman in our fight against West Yorkshire crime'. No that was definitely not on this election statement. Guilty as charged.
Posted by Andrew Cooper at 09:19 No comments:

A Green Party Councillor has set up a petition calling on the West Yorkshire Police and Crime Commissioner, Labour's Mark Burns-Williamson to drop plans to appoint an unelected Deputy. The Deputy will be chosen from among West Yorkshire Labour members on a salary of between £52,995 and £56,571

"The Police and Crime Commissioner elections in November were a non-event with a record low turnout strongly indicating the contempt people had for the establishment of a Commissioner on a salary of £100k/year. Now this very same Commissioner, with little or no electoral mandate. is seeking to appoint a Labour Deputy on up to £56k/year when this was no indicated in any of his election literature. This is money that would be better spent on front line policing than more money. It is a sad example of the Labour Party establishing a post to provide patronage for their members with no accoutability. It should be dropped immediately and I urge people to sign this petition to show the strength of local feeling on this waste of public money."


http://www.ipetitions.com/petition/no-west-yorkshire-deputy-crime-commissioner/signatures
Posted by Andrew Cooper at 09:04 No comments:

﻿﻿ ﻿﻿ Over the years in Newsome Ward we have filled many skips full of rubbish on community clean ups. The latest was last weekend  between Towngate and Close Hill Lane. Its not the way you would choose to spend your Sundays but when you see the difference it makes it is worthwhile. Best moment for me "Everybody stop working I've discovered a torso!" You get your entertainment where you can on clean ups.
Posted by Andrew Cooper at 16:49 No comments: