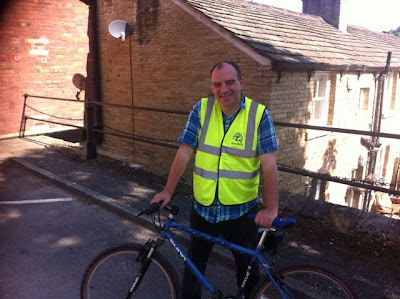 We gave up our 2nd car about 5 years ago to save money and be a bit greener. Sometimes it's inconvenient but we work our way around generally. I've been needing an incentive to get fitter for some time now, delivering 1000s of leaflets helps but I clearly need to do more. When my employer tadea decided to have a 4 day charity bike ride on the 'coast to coast' route to support the Great  North Air Ambulance that was the trigger I needed to get the bike out of the cellar after a good number of years. I've dropped it off at Wheelspin at Lockwood for a service. I'm already getting more acutely aware of potholes on the road and concern about colliding with cars is ever present. I have got a long way to go however to match the tremendous cycling achievements of our Mayor Councillor Martyn Bolt (not that I'm trying to as I would fail!) . Martyn Bolt who will be cycling 1400km between London and Edinburgh. He starts on July 28th. Support him! Please support my charity bike ride as well though at 140miles over 4 days its just over a tenth Martyn's goal but it'll be tough enough for me I assure you!
Posted by Andrew Cooper at 12:11 1 comment: 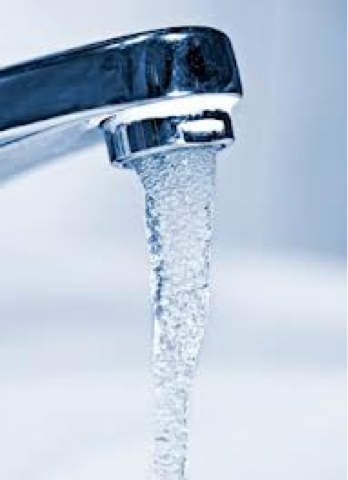 People on benefits and other low incomes are now finding things even tighter with the crackdown on disability benefits, the bedroom tax and the upcoming Universal Credit. It's a war on the poor which will transfer some national debt onto personal debt as millions of rent arrears accrue on he rent accounts of people who demonstrably can't afford to pay. We've got to find new ways to help people to get by in ever more difficult times.
In conversation with Kirklees Neighbourhood Housing officers last week it occurred to me that many single householders will still be paying water rates in the conventional way when transferring to a water meter could save them hundreds each year and even possibly make up a significant part of the income gap left by the Bedroom Tax. The idea of a mass campaign to get people, particularly low water users to install meters such as people living alone was well received and I'll be taking an interest in what actions may follow as a result. A low water user could save up to £200/ year so worth having. Here's the link to the relevant page of the Yorkshire Water
://www.yorkshirewater.com/your-water-services/water-meters/water-meter-calculator.aspx
Of course it is not just Council Tenants who could benefit but single private householders and people who actively seek to conserve water as well. To follow up installation with a water conservation campaign with advice on saving water could also help reduce risk of standpipes during times of drought and help limit the need to invest in new water capacity.

Posted by Andrew Cooper at 14:01 No comments: 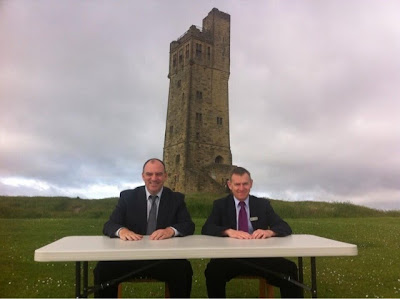 Banks get a bad press, due to certain events in recent history, but then there's the people who work at your local banks (whichever they may be) who like many people just want to help and get a buzz out of doing so. The Huddersfield branch of the Halfax Bank are making their Branch Manager Jonathan Wales available for a morning at Hillside Primary School and Newsome Methodist Church to offer free impartial advice to local people whatever their circumstances and whoever they bank with. This is all part of their support for 'Business in the Community'. It may be difficult to get bankers out from behind their desks but if you take the banker with their desks out to where people are then they may feel more comfortable about asking for help and advice. So to promote this event myself and Jonathan went up to Castle Hill to take this picture for the local paper. Jonathan will be at Hillside Primary School on Wednesday 10th July from 9.00 till 10.30 and Newsome South Methodist Church from 10.45 till Midday. Come along he might be able to save you a few quid. A few years ago I went to my bank and got some good advice and got my money under control so maybe you could too.
Posted by Andrew Cooper at 19:00 No comments:

The Green Party has completed its selection of the 6 Candidates to go on the ballot paper for next May's European elections. Councillor Andrew Cooper who is the Lead Candidate on the Greens European List said,

"We have a strong and experienced team, with 2 Councillors, a former senior Local Authority Officer, an experienced fundraiser with a degree in European studies, a Teacher and former Leeds Councillor and the ManA ger of an Environmental Charity. It is encouraging to have such a committed team from right across the Yorkshire and Humber region. What is particularly pleasing is that we have 3 men and 3 women represented on our list."

In the last European Elections the Green Party were just 1.3% short of electing their first MEP losing out narrowly to he BNP who took the 6th seat.

"A lot has changed since 2009 which should work in the Green Party's favour" said Councillor Cooper,
"the BNP as an electoral force has collapsed and there is increasing cynicism about the 3 larger Westminster parties particularly the Liberal Democrats. Though UKIP has grown in support this will mainly be to the detriment of the Conservatives. UKIP are also not as strong in the North of England as the South and in Yorkshire and Humber they have only a couple of Councillors in North Yorkshire while the Greens have elected Councillors in Kirklees, Leeds, Bradford, Sheffield, York and Scarborough. As the European Elections are run on a list system this gives the Green Party a much better chance than a traditional 'First Past The Post' election".

"If elected I want to use the position of MEP as more than simply a one off protest against the old Westminister parties. I am keen to use this position to draw in more resources from the European Union to create worthwhile skilled jobs in the energy efficiency and renewable energy sector to give young people in particular a career they can build a life upon. In this way we can improve the insulation and heating standards of thousands of homes in our region. This will not just save people money but give them more to spend in the local  economy and less to BIG energy companies. Our region is home to many manufacturing and export jobs. We have the significant ports of Hull, Grimsby and Immingham which depend on European trade. Greens believe passionately in supporting sustainable local economies but some trade will always move internationally. It is scandalous that the UK Government has recently diverted funding of over £200 Million of European funding away from the Yorkshire and Humber region to spend elsewhere. This come on to top of other funding cuts to Local Government. This is no way to rebuild an economy ". 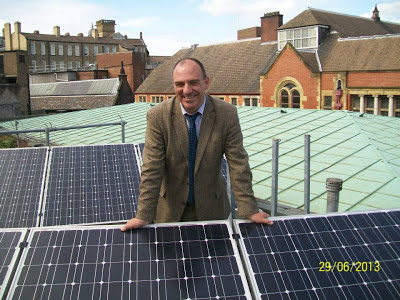 At the beginning of each Municipal Year Kirklees Councillors produce a report to go onto the Council website with highlights of their previous year. Here's mine.

Another busy year in my role as a local Councillor. What has dominated Kirklees is the impact of the draconian and disproportionate cuts being imposed on us by central government. There are no easy answers to dealing with these cuts without some serious impacts on local jobs and services.

I was again a volunteer driver on the Green Party’s Boxing Day Bus Service now in its 21st year. Thanks to Mr Andy Storey who also drove the minibus and Karen Allison who stewarded and helped put up the timetables on bus stops and also helped deliver thousands of bus timetables to local residents.

We have had another big push on the local clean ups of grot spots and this year have removed 3 skiploads of rubbish all with voluntary effort. We are also involving community payback in clean ups of some areas which is a positive thing.

I muck in and help with the community lead Growing Newsome events. I’m really impressed with the commitment of volunteers who obviously get a real buzz out of working together growing their own food and making new friends. The Potato Day and Seed Swaps were well attended with hundreds of people getting involved.

I have been a regular attender and contributor to Newsome Ward Community Forum which continues to go from strength to strength with well attended, informative and happy meetings.

Casework is the principal role for any busy Councillor and though I am not able to solve every persons problem it is often the fact that people have had their best shot at resolving an issue with their Councillors support which matters most to people.

I continue to enjoy Planning Committee meetings and have played a full part in the meetings and attended the site visits to enable me to make informed views on the decisions we take.

In Springwood the traffic calming finally went in which was a relief after many years of trying to get this project off the ground.

Sorting out the parking issues on Dawson Road in Newsome was particularly satisfying with new parking bays on what was a constricted cul-de-sac. This issue had been hanging around for years and we needed to get 3 pots of funding together to get it sorted out. Thanks to Julie Stewart-Turner for her help with that.

I was re-elected in 2012 for the 4th time and I am grateful to the electorate of the Newsome Ward for their continuing support for me and my colleagues. Elections are of course necessary and important for local democracy but can be unnerving when you have particularly well funded opponents. So when you’re talking to someone on the doorstep and they give you a pat on the arm saying ‘You’ll be alright lad’ it’s very reassuring.  Our share of the vote went up in the election and given the nature of the campaign against us this was particularly satisfying.

I am fortunate to be part of a good team in Newsome and Kirkburton Wards and my thanks as always goes to my colleagues in the Green Party team.

I continue to blog regularly on www.greeningkirklees.blogspot.com and tweet at @clrandrewcooper where I now have over 1200 followers

Posted by Andrew Cooper at 14:28 No comments: