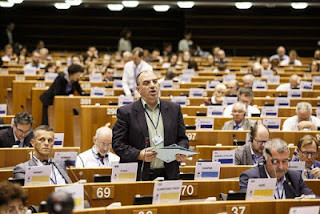 If there was an apprenticeship scheme to be an MEP then I’ve spent the last 4 years on it. In 2015 I was appointed to the EU Committee of the Regions as part of the UK’s delegation of 24 local and regionally elected representatives.  It has 350 representatives from the EU’s 28 member states and provides opinions on how EU policy impacts at the local levels. It considers many of the same issues as the European Parliament. I have directly influenced EU policy and successfully proposed that support be provided to EU states to achieve EU Climate Change targets
I was an active member of the EU Delegation to the last 4 UN Climate Talks. I proposed a new concept to address climate change by empowering Local and Regional Authorities to set their own targets with plans to achieve them. This was supported by the European Parliament and the body representing Local and Regional Government around the world. Though the UN did not accept the proposal, agreement was reached on National Governments having to consult with Local Government on their plans.
I’ve been a Green Party Councillor on Kirklees Council for 20 years and have been elected and re-elected 6 times. In my time as a Kirklees Councillor we have used our influence to initiate a £21 million scheme offering free insulation to every household. Hundreds of council tenants have solar panels as a result of a Green Party initiative and more recently we have passed a policy ensuring that any Fracking Planning Application has to demonstrate how it has ‘Net Zero impact on Climate Change’
Please support me as your Lead Candidate in the 2019 European Elections and be clear that a Green vote is a vote for a Peoples vote with the option of remaining in the EU.

Posted by Andrew Cooper at 12:06 No comments: 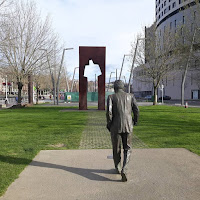 I was lucky enough to be in Bilbao, Spain this week I was speaking at a conference on Sustainable Development but had 24 hours to explore this fascinating city. One of the things that struck me again and again was how some of the things that make Bilbao special could be applied to Huddersfield.

Bilbao has had the major attraction of the Guggenheim Art Gallery for over 20 years. It is an absolutely amazing modern building that has been a big feature of the regeneration story of Bilbao. I won't feature pictures of the Guggenheim here but feel free to tap on the link to see it. I want to focus instead on some of the features in the streetscape that adds to the experience of people visiting the city. 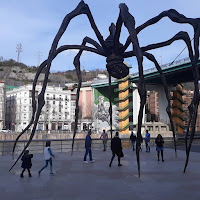 Street art and sculpture is a big feature. There is
usually something to look at to delight the eye. A statue, a large mural or an eye catching art installation. I've seen it as a feature in many European Countries. I remember a 30 foot tall Pinnochio on a roundabout in Sweden which was hard to miss. Street art makes a visit to a town or City Centre a cultural experience not just a shopping one. It gives a place character and though some installations may not to be everyones taste they can't be ignored. It wasn't just on the main streets but also in the back streets where you would see a mural bringing an otherwise boring wall to life. 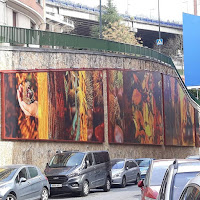 Another thing I noticed was the number of play areas in the city centre, At a number of budget meetings at Kirklees we have proposed a play area outside Huddersfield Bus Station and it has always been turned down. One Councillor even suggested that we were proposing to make the whole of the Town Centre into a play area. We weren't but what a great idea! The point is that it makes a place family friendly. It is more than just a space where people go to shop it is a place where there is something for people of all ages to enjoy.

Drinking fountains are everywhere but not just boring functional ones but ornate ones and ones like a lions head. People can be 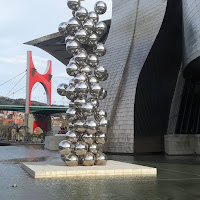 refreshed for free. In this part of Spain you can definitely drink the water!

There are a lot of trees and greenery about the place adding to the quality of the place. Even the tram lines went across a lawned area (they do this in Manchester too).

So I hope some bold and risky ideas are coming out of the Huddersfield Town Centre Masterplanning process that are challenging and broaden the offer to people. One test may be to see if they are initially controversial enough to create opposition. Can you imagine proposing a 20 foot spider statue on New Street? Scroll down for more pics 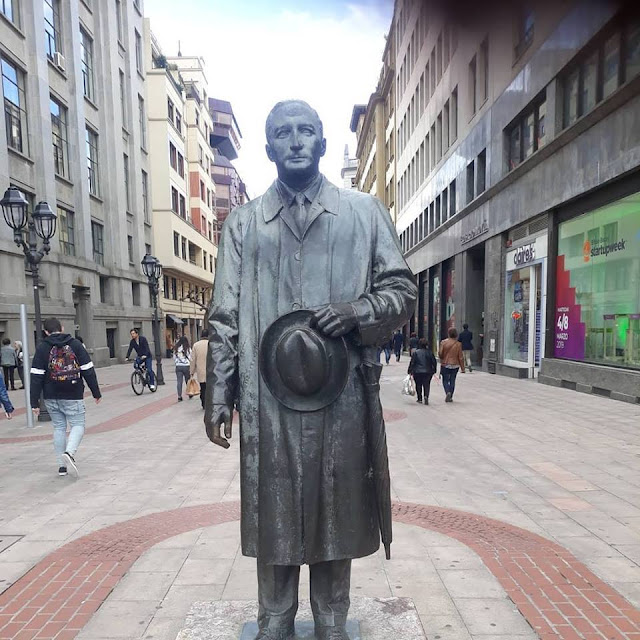 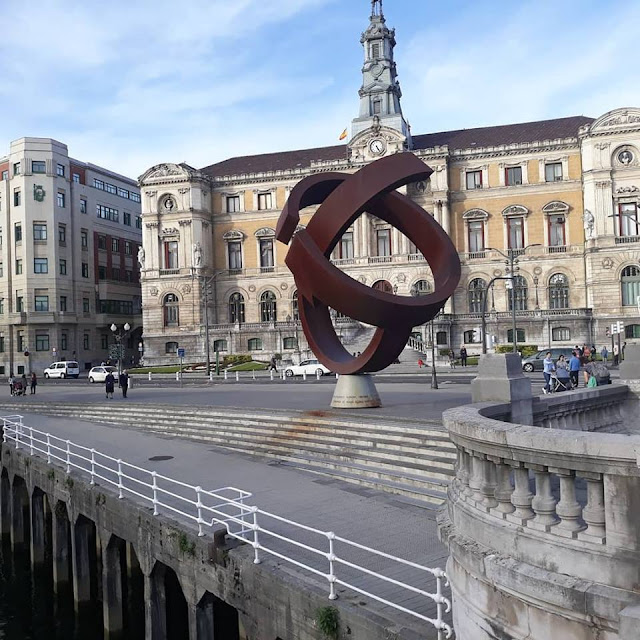 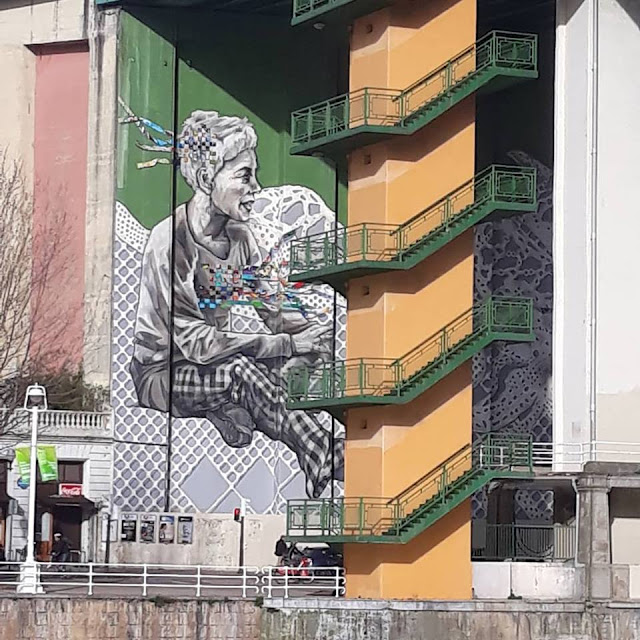 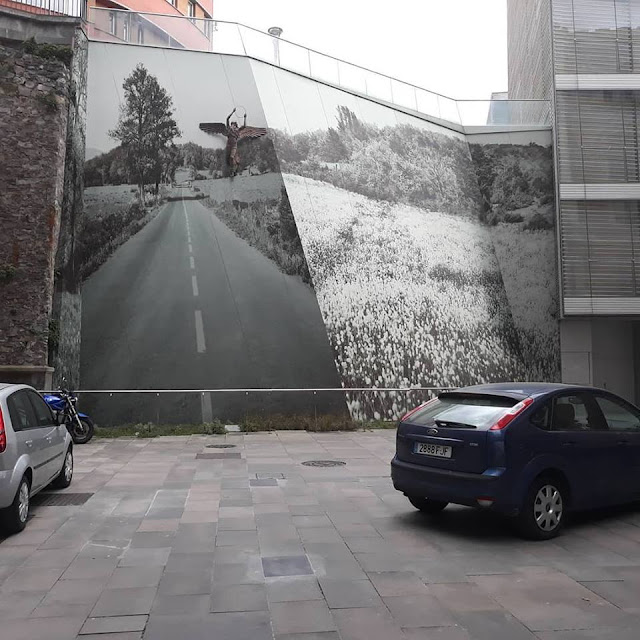 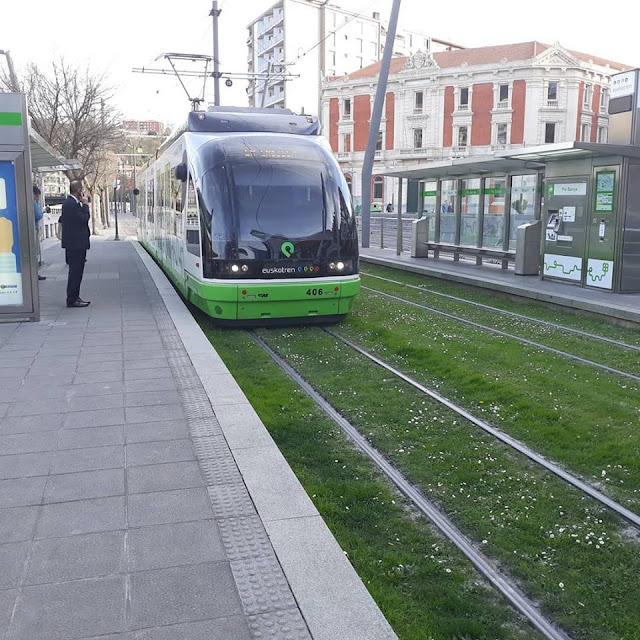 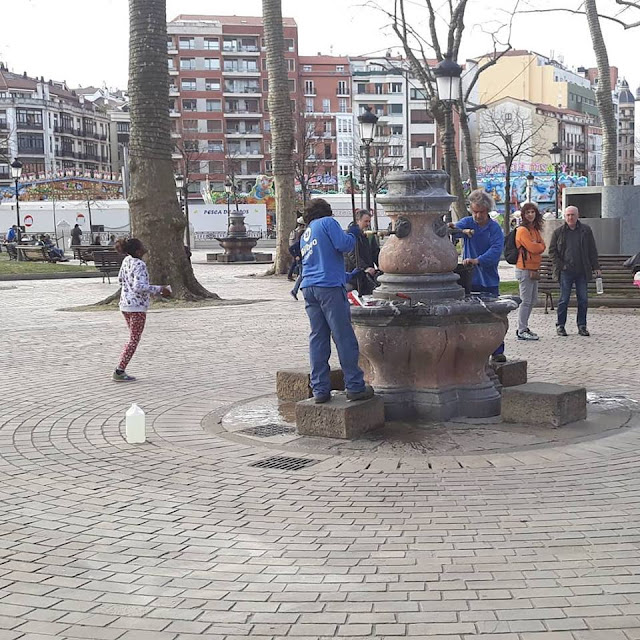 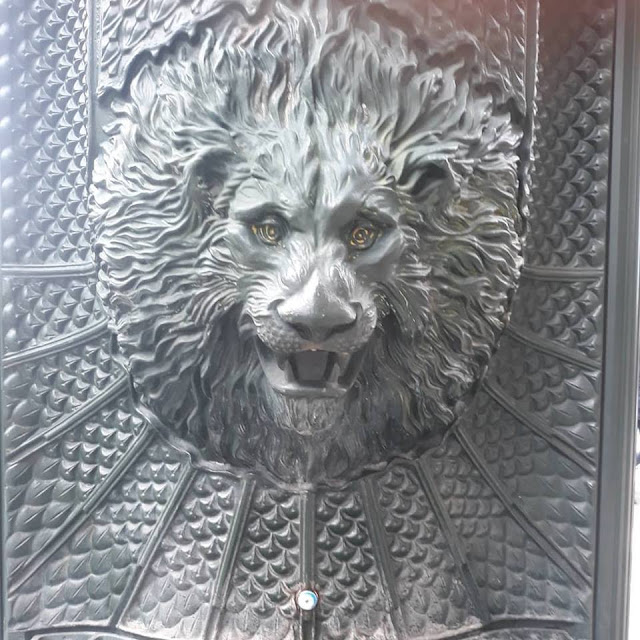 Posted by Andrew Cooper at 21:41 No comments: