A few weeks ago the Local Government Association (LGA) declared a Climate Emergency following on from over a 100 Councils doing so, from around the country, in response to the Intergovernmental Panel on Climate Change report saying we have only 12 years (now 11 years!) to stabilise emissions to a level which can achieve the Paris Climate Goals agreed at COP21. As part of this declaration the LGA established a Climate Emergency Task and Finish group to examine the issues and make recommendations. I am one of five Councillors from around the UK on this group.

Climate Emergency - Heading for 3 degrees - How do we stop it?

What do we know? We know that the carbon savings agreed by governments from around the world will not meet the Paris Climate goals. They will in fact take us to a 3 degree world by 2050. A global temperature rise of 3 degrees across the world is a world where large regions of the world become uninhabitable, where the sea rises by a metre every 20 years, where coastal cities are either inundated or fortresses, with many millions of refugees, where agricultural production will crash. The Home Counties of England will be more like Marrakech. 500 Million tonnes of carbon will be released from melted permafrost locking in future temperature rises. People will die in their millions. So our current inadequate Nationally Determined Contributions to reduce carbon emissions are effectively a death sentence for countless people and will condemn many millions more into stifling, miserable and poor living conditions.

So what made Climate Change into a Climate Emergency? Last year the Intergovernmental Panel on Climate Change the United Nations sponsored body produced a special report on Climate Change stating that  serious action to limit emissions was too slow and that if we are to avoid catastrophic climate change then action needs taking now. Currently it is estimated that the Earth's temperature rises by an average of 0.2 degrees every 10 years. So with global temperatures already estimated to be nearly 1 degree above post industrial levels we need to act very swiftly to have a chance of stabilising our Climate. Last years IPCC report said within 12 years it is now 11 years and the clock is still ticking downwards.

So what does this mean for us as local authorities?

Many of us (over 100 now at the last count) have declared Climate Emergencies. The first was in Bristol City Council following a motion proposed by the Green Party Councillors there. Many Councils have now followed their lead including my own Kirklees Council.

In Parliament the Green Baroness Jenny Jones introduced a Climate Emergency debate to the House of Lords and Caroline Lucas MP raised it first in the Commons as an Early Day Motion and in May Labour tabled a motion which was agreed.

Last week Leeds City Region announced that all the Councils within their boundaries will be net zero carbon by 2038. This target is undoubtedly tough but not enough. 2038 according to the science is 8 years too late, but it is a start and we should embrace it as an encouraging first step. Leeds City Region is a huge area consisting of the Councils of Leeds, Bradford, Wakefield, Kirklees, Calderdale, Harrogate, Craven, Barnsley, York and Selby so to get this degree of joint commitment is impressive.

The new Leeds City Region Climate Coalition needs a new committed partner and that has to be the UK Government. All the Council Leaders in the City Region need to send a letter to whoever the Prime Minister is next month and tell them "Congratulations  you are now a member of the Leeds City Region Climate Coalition!". With membership comes responsibilities and we need their commitment to ensure we reach even the 2038 target and certainly the 2030 target that we really need to achieve.

The concern now is that feeling that the Councils that make up the Leeds City Region don't really appreciate what they have signed up to and consider it 'Business as Usual' but with a few green initiatives. What is needed now are robust action plans that demonstate what actions will be taken and by when and how much carbon emissions will be reduced by and how quickly.

A demonstrable sense of urgency is essential in a climate emergency 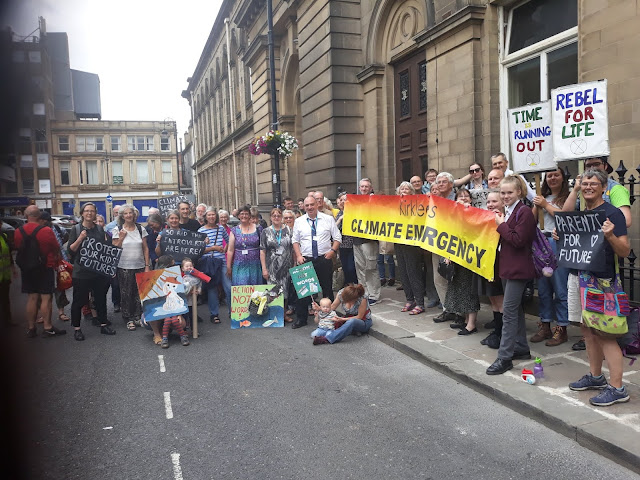 “It is surely no coincidence that Kirklees Council have put out a statement on the climate emergency a day before the lobby of the Council. It was inspiring to see nearly 100 people attend to show the strength of local support for robust action on climate change. We have a lot of work to do  if we are to play our part in reducing carbon emissions to a safe level.

The United Nations Intergovernmental Panel on Climate Change say that we need to stabilise our emissions to a safe level by 2030. Kirklees Council has agreed, along with other West Yorkshire Councils, to achieve net zero carbon emissions by 2038. This target is tough but not enough. There is no clear idea in Kirklees yet on how this target will be achieved and we need to plan quickly the actions we will need to take to ensure it is achieved.

A real area of concern is that the Council has not yet adopted a high energy efficiency standard for new buildings. An all party Policy Working Group recommended adopting the Passivhaus standard for new buildings in Kirklees over 2 years ago and the Cabinet has not responded to the report recommendations despite several attempts  to get them to do so. Other Councils such as Norwich and Exeter are specifying the Passivhaus standard in their developments but Kirklees is so far lagging behind in this area.

The Climate Emergency Working Group on Kirklees Council continues to work hard to see what proposals and initiatives we should recpommend to Kirklees Cabinet. It is supposed to be an all –party Working Group but it is shameful that the Conservatives have refused to nominate a representative to this important group. We need to have all politicians working together on this vital issue.”

Posted by Andrew Cooper at 18:50 No comments: 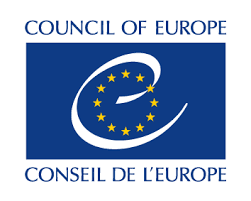 The UK is a member of the Council of Europe (this is not the European Union) and as such is a signatory to the European Charter of Local Self Government.
The provisions of the Charter state
“The protection of financially weaker local authorities calls for the institution of financial
equalisation procedures or equivalent measures which are designed to correct the effects of
the unequal distribution of potential sources of finance and of the financial burden they must
support. Such procedures or measures shall not diminish the discretion local authorities may
exercise within their own sphere of responsibility”.

It has been demonstrated that Kirklees Council is seriously underfunded per head of population compared with other Councils with similar responsibilities and characteristics.

This Council calls on the Leader of Kirklees Council to raise this breach with
-          the Council of Europe in his role as a member of that body
-          the Secretary of State for Housing, Communities and Local Government

This Council further calls on the Leader of the Council, working with all other political group leaders , to request that Government takes steps to ensure that Kirklees is properly able to fund local services and that Government fulfils its obligations as a signatory of the European Charter of Self Government.

Posted by Andrew Cooper at 07:34 No comments:

The drawings and visions of what Huddersfield Town Centre could be in the Huddersfield Blueprint have been generally well received. Huddersfield could certainly do with a new look and re-imagining for the rest of the 21st Century. But what about the detail? What are the things that will help make the Town Centre a destination for people both from our area and further afield? How will we attract people of all ages and interests to spend time there and also some money perhaps? 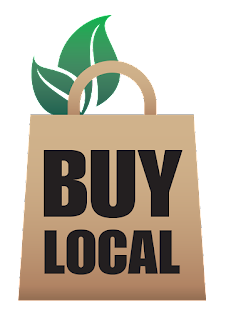 Promote locally owned and managed shops as a priority - The future is local. The demise of big town centre stores, the loss of places like Marks and Spencer and BHS owes a lot to the rise of internet shopping.  Town Centre retail in the future should be more about unique, quality, local products with shops and services that are owned and managed by local people and are not readily available on the internet. Quite apart from anything else this means that more money will circulate in the local economy with shops being a key part of a local supply chain. A key question Kirklees need to ask themselves again and again is "How do our proposals help locally owned and managed businesses?". Too much emphasis can be placed on pursuing big national anchor retailers when their precarious future is best protected by having a diverse offer which brings a variety of people into the Town Centre looking for a mix of offers.

More pedestrianisation - the most successful Town and City Centres are the ones with lots of pedestrianised areas. There is always resistance to pedestrianisation from people who claim that it will diminish trade  by making the town centre not car- friendly but all the evidence actually points in the other direction. 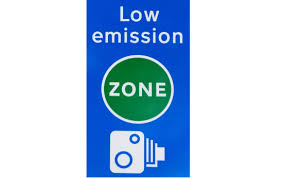 Childrens Play Areas - Other than the Childrens Library 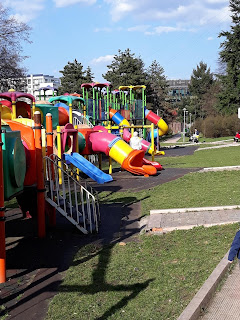 what is there for kids in Huddersfield Town Centre? The Huddersfield Blueprint says it wants the town to be "family friendly" but no play areas in the visuals. I have seen numerous European city centres where there are lots of play areas and the places are alive and are welcoming to families. For many years Greens and particularly ex-Cllr Julie Stewart-Turner have pushed hard for more play areas in Huddersfield


Street art and sculpture - When I visited Bilbao a key part of its revival as a city was about embracing public art. There are murals and sculpture in so many places in the city centre. Some are modern some are traditional but they all add vibrancy and interest to the area. We need to think big on public art. On a visit to Sweden I remember seeing a 30 foot tall Pinnochio statue striding across a roundabout. It was striking and one of a number of art installations across the town.

Embrace the night-time economy and make it safer for young people - Young people and students love a night out in Huddersfield with clubs and bars staying open till the early hours of the morning. Its great and it's all part of the experience of being young but we need to do much more to ensure they feel safe and better resourced policing and Kirklees licensing officers would all help. 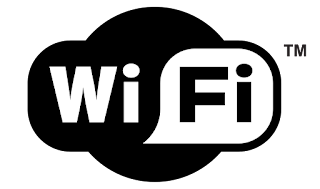 
Free to use outdoor gym equipment - or play areas for older people if you like. What if we had a number of locations across the town where outdoor gym equipment was available and you could charge your mobile phone by using it? A number of places spring to mind but top of my list would the empty space between Civic Centre 1 and Civic Centre 3 that I call "The Civic Expanse of Doom". It is one of the most depressing places in Huddersfield in my opinion

A more democratic plan - If this is a plan that is to have the 'buy in' we so desperately need for something of this importance we need a broad range of involvement in its formulation and implementation. It needs other Huddersfield voices and interests involved other than one or two Cabinet members who happen to be members of one particular political party. We need broader political representation but also more involvement from bodies like the Huddersfield Civic Society and local businesses. They need to be the driving force behind the plan, the 'Huddersfield Blueprint Board' and not just recipients of information or consultees.

Personally I'm more than happy to back a plan that has a clear vision for the future of Huddersfield Town Centre  but it is vital that it is a Peoples Plan formed by many and not just the few.

Posted by Andrew Cooper at 01:09 No comments: 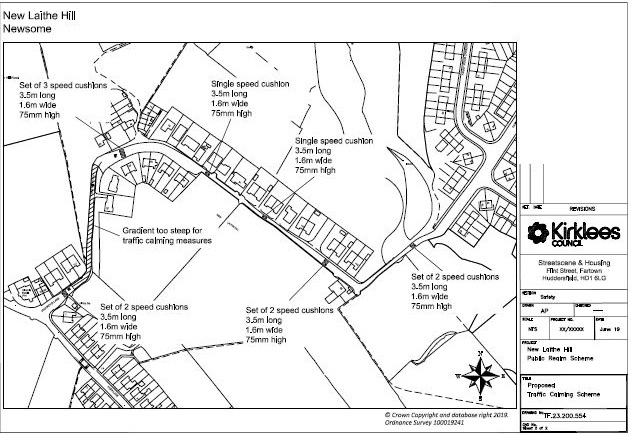 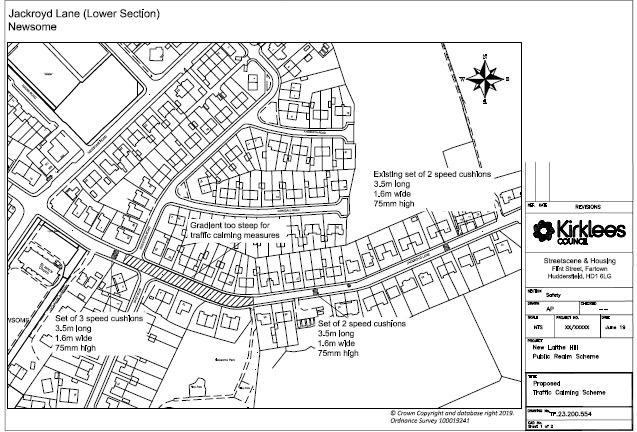 Posted by Andrew Cooper at 07:48 No comments: