Tomorrows Kirklees Cabinet meeting looks particularly interesting.
The Brian Jackson Centre which provides help and support to children and young families will be installing solar photovoltaic panels and improved heating and lighting controls utilising the Renewable Energy Fund established in a Green Party amandment to the Councils budget 10 years ago. The Conservatives had kicked this project back when they were in power but I took up the case with the new Labour administration and who knows I may have helped get them back on track. One additional benefit is that it is in the Newsome Ward helping us keep our status as the UK's biggest user of microgeneration technologies. We also find out next week (I hope) what will be going on with the government's Clean Energy Cashback so hopefully they will get a good return for the solar electricity they generate and use within the building.
Good News on the Biomass front and bad news on hydro side. 7 Kirklees Council owned buildings either have wood chip or wood pellet boilers installed or they have it planned in the next couple of years. In the Newsome Ward there is the Blagden Farm sheltered housing complex on Edale Avenue which once installed will save 45 tonnes of carbon each year. I wonder if they've made use of CERT funding from utilities on his one? Could save the Council a few pennies. The disappointments are Huddersfield Town Hall which apparently doesn't have the storage capacity for the wood pellets and the Deighton Centre who's uncertain long term future has delayed the investment. But the hydro plant proposed for Aspley has been cancelled due to additional costs that British Waterways would have imposed for use of the weir. The Renewable Energy Fund that was allocated to this project has been diverted to support the Hillhouse Low Carbon Communities project.

A tale of two housing developments is also on the agenda. 36 Council homes in Batley will be built to Code for Sustainable Homes Level 4 which will have to incorporate some form of renewable energy to acheive that standard. In Newsome Ward on the Poplar/Gelder Estate site 35 homes will be built by Yorkshire Housing on former Council land but this will only be built to Code for Sustainable Homes level 3. I did question this and suggested that the new Clean Energy Cashback could make the installation of solar panels which would raise the standard to 4 possible but that appears to be ignored.
Other good stuff on the agenda include voltage optimisation and the councils preparation for the Carbon Reduction Commitment.
Posted by Andrew Cooper at 21:52 No comments:

The first article I ever wrote on my blog was about a proposal to reduce hours for office based staff from 37 to 35 hours per week with the aim of preserving jobs, retaining capacity and skills in the Council and to help drive efficiencies in the organisation. We never suggested it would be a panacea or a silver bullet but we now have from Kirklees their assessment of the proposals impact. It would save £3.6million and preserve 122 jobs. With the Council considering cuts of 1500 it is by no means a solution but it is part of the answer. It needs proper consideration and thought with sensitive discussions with unions on the preservation of jobs and services in our area.
Posted by Andrew Cooper at 15:25 No comments: 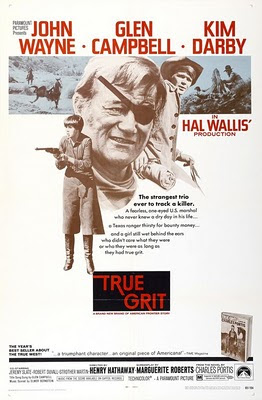 A lot of column inches and angst has been circulating in the last few weeks about the subject of grit and salt and the lack of it, as we worked our way through weeks of snowy and icy weather. Kirklees was particularly hard hit but I don't want to focus on who was to blame for the lack of grit. Whichever party happened to be the administration at the time would have been faced with the same situation and had to make similar choices. My concern was how the politicians handled it and how it came across to the public. Take Mehboob Khan's appearance on Look North. It was a down the line interview from Westminister which can be tricky if you're not used to them, but the fact that the leader of the Council was in the capital while people were sliding around in Kirklees doesn't look good at all. Mehboob was very defensive, he was having to defend some pretty direct questions from Harry Gration but he could have spent more time talking about Kirklees Councils response to the problem and praising his staff (which to be fair he has done elsewhere). The real masterclass on how to do the PR properly came from Martyn Pritchard Chief Executive of West Yorkshire Ambulance Service. Martyn was interviewed in a hospital corridor, wearing an Ambulance Drivers fluorescent jacket (did he borrow it?) and was constantly praising the work his staff were doing in difficult conditions. This was in complete contrast to Cllr Ken Smith, Deputy Leader of Kirklees Councils appearance on Look North a few days later. Ken appeared to be in his living room in a nice warm arran jumber probably about to dip his hobnob in his cocoa. He was definitely in his comfort zone, finished work for the day about to toast his toes by the fire. He should have got his coat on and dragged the cameraman out into the snowy street or done his interview by the entrance to a gritting depot. Anything but sitting in his armchair as if he's about to do Jackanory.
Posted by Andrew Cooper at 08:18 No comments: 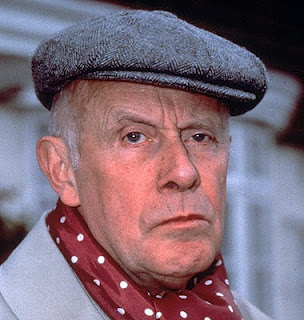 Another year and sadly my first posting is a rant showing that I am truly becoming even grumpier as I get older.
I travel mostly by public transport now I work in the centre of Huddersfield and also we have gone down from 2 to 1 car. One phenomenon of public transport that does drive me to distraction however is audible mp3 players/ipods. They used to be called 'personal' stereos but oft times there is nothing very personal about them. The tinny bass beat can frequently be heard and it winds me up. I have nothig against people listening to their music its just that I don't want to hear it. I like a good bit of thrash punk myself but I do understand that not everyone wants to hear 'The Exploited' screaming out 'Dead Cities' while they're travelling to work in the morning. I often ask people politely to turn them down. The reactions vary. Some people turn them down a bit or even off but others react rudely and even aggressively. Sometimes the response is "No one else is complaining" as if that was an excuse. Other people do speak up and add their support which usually (but not always) has the desired effect. Earphone leakage is not a rare occurence and I believe it can't just be me who gets irritated by having other peoples music inflicted on me. So what is to be done. Bus and train companies haven't really caught onto this problem. Sometimes there is a small notice as part of an array of rules but most times there is nothing about keeping music 'personal'. People who just want peace on public transport need backing up with a high profile campaign by West Yorkshire PTA and the relevant companies. It needs to be explicit 'Your music should only be heard by you' ' Keep your music to yourself'' etc etc. There also needs to be advice for people on the action they should take when reasonable requests to turn music down are ignored such as informing the bus driver or the guard. If we are to encourage more people to use public transport we need to ensure that respect for others is part of the culture of bus and train travel.
Or there is Spock's solution from "Star Trek IV - The Voyage Home"!
http://www.youtube.com/watch?v=HYU7LhaYYek&feature=PlayList&p=976D628DA34DCCEE&playnext=1&playnext_from=PL&index=19
Rant over now to act!
Posted by Andrew Cooper at 19:41 1 comment: