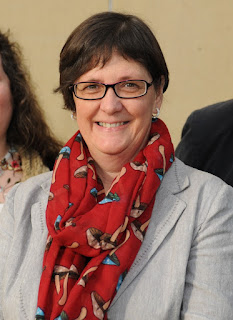 Thank you to everyone I have met during this election campaign for the warm reception I & the Green Party Team have received. It is great to know we have so much local support.

Whether it is standing up against sky high rises in burial fees or standing up to those people who seek to profit from the destruction of community assets such as Newsome Bowling Green, it is Green Party Councillors who stand up for and by local people.

I have lived in Newsome for over 20 years & I work with a wide range of groups in the Community such as Worth Unlimited in Lowerhouses, Newsome Ward Community Forum, Newsome Scouts & I am also a School Governor at Hillside Primary School. In my role as a local Councillor I have taken up hundreds of individual concerns on behalf of local people.

Kirklees is a hung Council with no Party having an overall majority. This means Green Councillors can use our influence on Kirklees more effectively on behalf of local people. If Labour get a majority on the Council then local people will have less leverage over decision makers on issues such as development on our local green field sites.

Other parties may claim to ‘work all the year round’ but only the Green Party Team locally really does, with our regular newsletters, advice surgeries & New Year’s Day Bus Services.

Please use your vote to re-elect me to Kirklees Council on Thursday May 3rd.


P.S. – It is the votes of local people that ensure we can work effectively on your behalf. Please use your vital vote to help us keep working as a strong team for our area.

Posted by Andrew Cooper at 19:03 No comments: 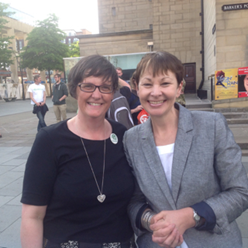 I urge the people of Newsome Ward to vote again for Karen Allison as one of your local Councillors. Karen is a strong advocate for the local community. Her hard work and dedication as a local Councillor for the past 4 years and as a community activist for over 20 years mean she’s invaluable as a champion for local people, and her voice on the council really makes a difference.
Caroline Lucas MP – Green Party Leader 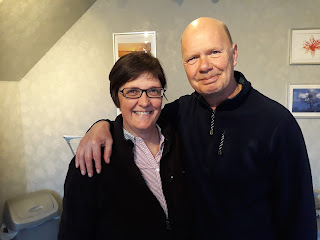 I’ve known Karen for over 20 years & was so pleased when she was elected in my place 4 years ago. The last 4 years have shown Karen take to the role ‘like a duck to water’. She has got stuck in with local activities and taken up 100s of local concerns. She really deserves your vote on May 3rd.
Graham Simpson of Taylor Hill 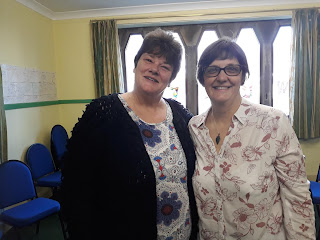 Karen is not the sort of Councillor who just sits around in meetings. She has put a pinny on & got stuck in helping with our lunch clubs in Lowerhouseses regularly. We need active people like Karen who do positive things for the community representing us on the Council.  –
Wendy Marsden of Lowerhouses 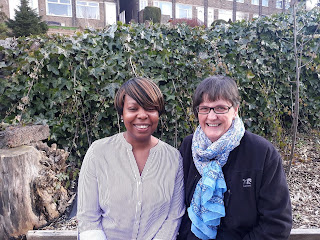 The Green Party are the only people who really get involved in local issues. We know we can rely on them and they don’t just appear at election times

Karen has adapted to the role of Councillor extremely well, and 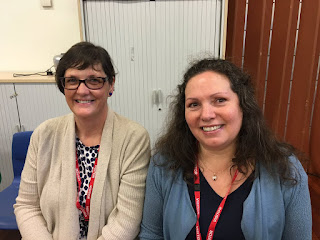 taken her responsibilities very seriously over the past 4 years.  Karen has a deep affection for the Newsome Ward, having lived here for over 20 years. She has a great passion for all the communities she represents.  Karen has a good balance of intelligence and creativity, which means she gets good results for people who ask her for help.  She is a pleasure to work with, and I hope the people of Newsome Ward will support her to continue her great work.  - Councillor Julie Stewart-Turner 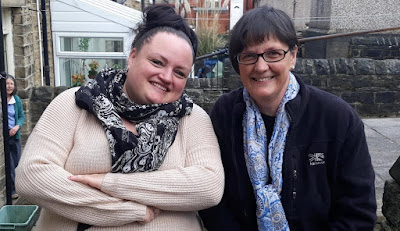 people in the local community with all sorts of problems. She is really approachable and committed as a local Councillor. She is involved in loads of local groups and we can always rely on her to support and get involved in local events. We need to see her re-elected on May 3rd

Posted by Andrew Cooper at 10:40 No comments:

There is a disappointing and misleading attack on the Green Party in the Labour Party Election leaflet in the Newsome Ward.

There is a statement in the leaflet which says,

“I would rather the elderly and disabled were cared for than £4.5 million spent on electric vehicles as was proposed by Newsome Green Councillors budget amendment”

The £4.5 million we identified in the Council Budget was not being used by the Labour run council to fund services for the elderly and disabled nor could this particular source of funding be used in this way.

Labour Cabinet said that this funding was to be spent on Regeneration projects mostly in this financial year. Officers informed us that there was no way that that Labour could spend the money they had allocated in the time they had identified.

The Green Party proposed to use the funding to replace Kirklees vehicles which were reaching the end of their useful life and would have to be replaced anyway.

The £4.5 million was Capital (non recurring) funding which could only be used once and so could not be used to fund council services for the elderly and disabled anyway.

As Electric vehicles require less maintenance and have lower running costs the Green Party amendment would actually save the Council money against the ongoing costs of continuing to use petrol and diesel vehicles.

With Air Quality being such a hot topic in the Huddersfield area this was a way of Kirklees showing leadership on reducing air polluton. So this was very much a public health issue as much as it was an environmental one.

The Labour Deputy Leader who was leading on the Kirklees Budget had indicated that the electric vehicles part of the Green Party amendment would be acceptable should Labour not get their budget passed in the Council’s Budget meeting and should they need Green Councillors support to get their budget through.

We are aware that the Labour Councillor for Dalton and Cabinet Member Mus Khan is involved in the Newsome Labour Candidate's campaign and we believe she has been poorly advised. Labour Cabinet members should be well informed about the realities of the Council finances and so we can only assume that this attack is a deliberate attempt to mislead electors.

It is disappointing when these sort of tactics are used. It doesn't help people's faith in politics and politicians as a whole when some parties have to resort to misinformation in pursuit of votes.

Posted by Andrew Cooper at 19:48 No comments:

The dilapidated public benches at Newsome Crossroads and halfway up Lockwood Scar are to be replaced with new ones.

These will be made by a local firm and will be paid for out of the small ward budget that Newsome’s Green councillors have for local projects.

“ The two new benches will add to the one on High Lane that was installed last year in memory of Stuart Roebuck of Hall Bower Chapel.

“These benches will be useful stopping points for those people who need a breather while trekking up towards Castle Hill.”
Posted by Andrew Cooper at 21:54 1 comment: