50 pence for my thoughts

I'm not a royalist and not a big fan of all the commemorative tat that gets produced for a royal wedding but I recognise that it is part of the heritage of the country we live in and I ignore it for the most part. We mark the end of wars and we will soon mark a 100 years since the end of World War 1. I believe in many ways that war was a pointless war as do many historians but still I see that it was an event that brought the country together in common cause and that many people gave their lives at the behest of our Government. Their sacrifice needs to be marked and remembrance is important to help us learn from the past. So we come to today's announcement that we are to have a commemorative 50 pence piece to mark 'effing'  Brexit as if this was some sort of national victory or cause for celebration. I don't care if it says "Peace, Prosperity and Friendship With All Nations" its about Brexit and arguably a detriment to all of those things.

Of course if you're a rampant Brexiteer it might be something that you might want to celebrate but nearly half the country (and maybe more now) definitely aren't. There are deep divisions in our country rumbling on with Brexit. Racists now feel they have license to spout their nonsense more freely now they have 'got their country back'. In an already divided society people can now differentiate themselves further by identifying themselves as a Remainer or a Leaver. So the Government then goes and rubs the noses of half the country in it 'the losers' by minting a sodding coin.  I felt pretty much the same way when the Government said there would be a national holiday on 'Brexit Day' so one half of the country can celebrate whatever it is they feel they have to celebrate while the rest of us cry into our pints at the chaos to come.

Maybe it would be most fitting to have two 50 pence pieces. After all 2 x 50p makes a good old honest British pound. One could have Union Jacks on one side and the Queen on the reverse. The other coin could have the EU Flag on and Donald Tusk on the reverse. I'm of course joking but if the Government wants to make an overt dividing political statement with the coin of the realm favouring one side of the argument why not do it for the other side as well.

Here's 'Anarchy in the UK' by the Sex Pistols. Sorry if anyone's offended. Well not really. Not today. 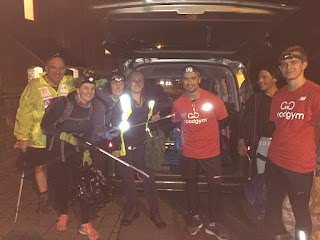 I was definitely lost. My headtorch lit up various parts of the woodland but I couldn't hear or see the headtorches of the others I had been with 15 minutes earlier. Then I saw the eyes gleaming back at me. The fact they were a foot off the floor and the faint silhouette made me think dog but definitely not a chihuahua. Then I saw another pair of gleaming eyes about the same height but this time with a shadowy person shaped figure. He called the dogs to him and I felt a bit more secure as he put their leads on. I thanked him continued along the woodland path and emerged from the woods at Manor Estate in my shorts, fluorescent coat with my bulging bin bag and litter picker in hand. I was somewhat relieved to know where I was and worked my way back down Kings Mill Lane to meet the others at the other entrance to the woods.

So what was I up to in the woods late at night? "Well Officer it's like this......." Actually I wasn't doing a reinactment of 'The Blair Witch Project' or anything untoward I was in fact doing good things with Goodgym Huddersfield. The Goodgym concept is you run with a group to a place where you do a good thing for around 45 minutes such as a clean up or cutting back vegetation and then run back again. So last night it was about 2km to Longley Woods to clean up bottles and crisp packets and prune back branches and twigs on the path and avoid treading in the unfortunate dead badger, then run back again. For me a good bit of exercise to supplement my parkruns but doing some practical hands on stuff at the same time.Have you a mission for the Goodgymers in your area? Get in touch

Posted by Andrew Cooper at 15:49 No comments: 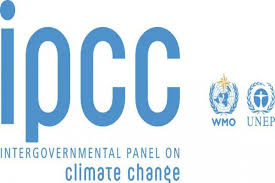 Today's report by the Intergovernmental Panel on Climate Change should be a wake up call for the UK Government. It is quite clear that current action to reduce emissions is inadequate and that a 3 degree C global temperature rise or worse is on the cards with catastrophic effects for people in the UK and around the world.

We need a response from Government and we need it now. I am incredulous as a Local Councillor that Local Councils around the country have had no significant contact from UK Government asking for our help and assistance in achieving the Paris Climate goals. There are things we can do without direction from Government but a lot more could be achieved if there was a genuine partnership to encourage positive action on climate change quickly. Here are some key asks that Government could do tomorrow but preferably today.


These are all initiatives that the UK Government and BEIS in particular could start work on or set in motion today. We clearly need more action than this to acheive the Paris Climate goals but this would be a significant start and I'm requesting a meeting with the BEIS Minister of State Claire Perry and the Local Government Association to see what progress we can make together to address the Climate Emergency we are facing.
Posted by Andrew Cooper at 07:19 1 comment:


I've just been to a conference in Barcelona in my role as a Rapporteur on Climate Change with the EU Committee of the Regions and a fascinating few days it was. People had told me I'd like Barcelona for the architecture and general vibe and I wasn't disappointed. The Sagrida Familia (not Barcelona Cathedral!) probably the most individual and striking building I've ever seen. the Hospital Sant Pau constructed at the beginning of the 20th Century and just the general feel of the place.


One of the things I wanted to get out of the trip was an understanding  of was views on Catalonian Independence. It's just over a year ago since Catalonia
voted to cede from Spain and become an independent nation within the European Union. Supporters of Independence point to the overwhelming majority in support of independence and those opposing it say that it is not valid because people opposing independence didn't vote saying the Poll was not valid under Spanish law. What is beyond dispute is that the response of the Spanish Government was heavy handed at best and brutal at worst. Spanish Police blocked and beat people trying to vote and Catalonian Politicians have been imprisoned and are effectively political prisoners. Very worrying within the EU but then we do have the Frack Free Three in the UK. I spoke to as many Catalonians about it as I could and it seems support for independence is still strong. Catalonian flags still fly from balconies. Many Catalonians and their buildings are sporting a yellow ribbon (not unlike the SNP logo) showing their support for those political prisoners. 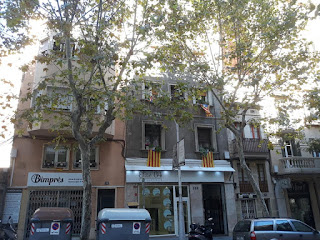 There was a time when I worried about Nationalist movements being Right Wing and possibly Xenophobic. I think that was to a certain extent true but has become less so in recent times. Certainly the SNP and Plaid Cymru are generally on the progressive side of the political spectrum. The politics seems less about Nationalism as such and more about Independence and Self Determination. "Taking control" if you will!

So now what else other than Freddie Mercury singing 'Barcelona'