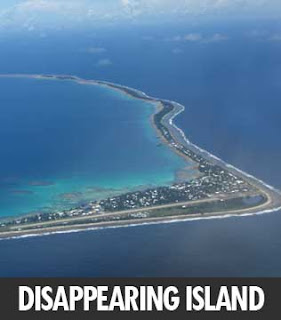 When US President Elect and Climate Change denier Donald Trump suggested UKIP Leader and Climate Change denier NigelFarage as being an ideal UK ambassador to the States it got me thinking about which country I would like him to be UK Ambassador for. Tuvalu seemed the obvious choice. It is a low lying island and the words 'low' and 'lying' often come to mind when thinking of Farage and also Trump come to that. It may well be one of the first places to disappear due to climate change induced sea level rise. As the sea level rises above his green wellies Mr Farage may begin to appreciate the reality of climate change more.

I'm waiting to see if the petition passes through Parliamentary Standards.

Posted by Andrew Cooper at 10:28 No comments:

The Clean Up at Hunters Waste Site begins

The festering heap of rubbish left by Hunters Waste Management at their former Queens Mill Rd site has started to be removed by a partnership comprising Kirklees Council, Suez Waste Services, West Yorkshire Fire Service and the Environment Agency. Legal avenues are being pursued to ensure those who were responsible for this stinking refuse mountain are held to account and made to pay for their crimes. It is a relief to finally see this issue being addressed after a difficult summer for neighbouring residents and businesses. 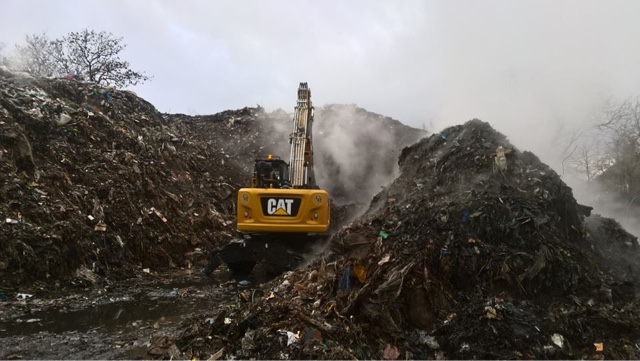 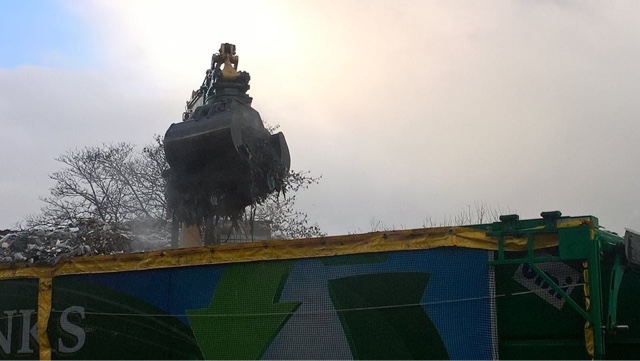 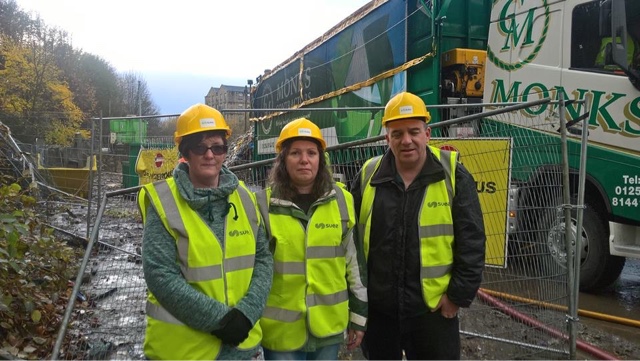 Posted by Andrew Cooper at 08:38 No comments: 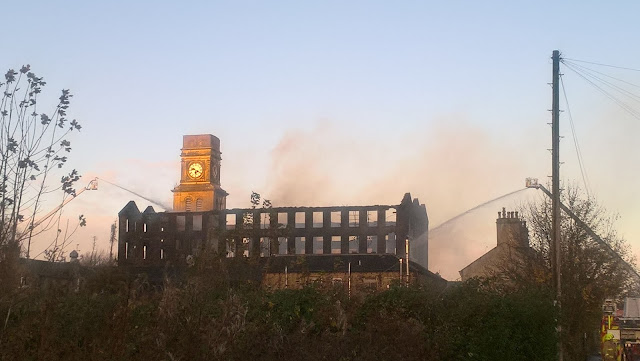 On Thursday  morning my mobile phone started receiving messages before 6.00a.m. telling me the news that Newsome Mills was ablaze and that nearby residents had been evacuated from their homes. I saw the community rally round really quickly as St Johns Church and Newsome Scout Hut opened their doors to residents. They got the tea and coffee going and breakfast for those people who were temporarily moved from their homes. Newsome Village Store donated food for evacuated residents and the Fire Service and Police were caring and professional helping some particularly vulnerable residents who lived nearby. Kirklees Emergency Planning and Building Control were on the scene early on dealing with their responsibilities for the community and the building itself. The local response to the immediate crisis has shown the community and local services at their very best.
The question is what happens next. The structure of the Mills itself is severely compromised and as I write this it is expected that the Mill Building may have to be demolished. Hopefully  the iconic clock tower will remain. There have been 2 controversial Planning matters associated with the site. The private owners of Newsome Mills itself have been reluctant to develop on the site due to the costs of converting the mill which is/was a listed building. The private owners of the land at Hart Street near the Mills have sought to develop the site on a number of occasions. The fact that the land is part of the historic setting of Newsome Mills has been one of a number of reasons that  local people have opposed development there. With the suspected arson of the Newsome Mills site we will have to see what happens next.

For now we need to take stock and let the investigation into the blaze be carried out by the appropriate services. This has been a truly awful year for the people of Newsome with the Hunters Waste site going up in flames, the vandalism and burning of Newsome Community Bowling Club's buildings and now Newsome Mills itself going up in flames. If, as I expect, Newsome Mills turns out to be arson then all these fires will be the result of the actions of people who have no regard for the local community or the people who live there. Let’s hope for a better 2017.
Posted by Andrew Cooper at 17:14 1 comment: 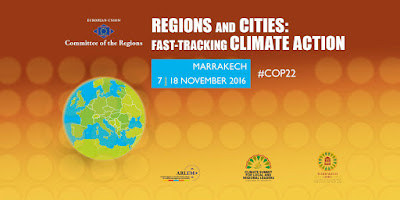 Representatives from  governments from around the World  are meeting In Marrakech, Morocco this month to see how the targets that were agreed in the Paris Climate talks last year can be delivered.  Green Party Energy Spokesperson Councillor Andrew Cooper who will be attending in Marrakech has called for all fossil fuel subsidies to be phased out globally over the next 3 year to help acheive those targets. Councillor Cooper is part of the EU Committee of the Regions delegation that is representing the position of Local, Regional and Devolved Governments from across the European Union.

Councillor Cooper said "the International Monetary Fund has calculated the subsidies to the fossil fuel industry to be in the region of a  colossal $5.3 Trillion (£4.3Trillion). That is the equivalent of around £570/year for every person on the Planet.This is  a huge expense that is damaging to our environment and the health of the people of the world. Subsiding damaging fossil fuels in this way makes it even harder to acheive the targets agreed at COP21 in Paris last year."

" This huge subsidy puts into context the recent $1 Billion Low Carbon Fund offered by Big Oil and Gas companies. This fund represents a very small drop in an ocean of oil money supported by huge subsidy from Governments around the world. We should be clear that this is no where near enough to mitigate the damage their industry inflicts on out environment on a daily basis" 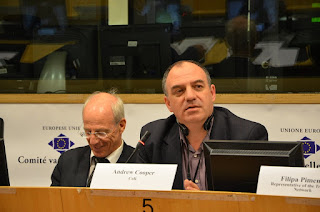 "Imagine if the amount of subsidy to the fossil fuel sector was instead invested in large scale energy efficiency and renewable energy programmes to fund the transition to a low carbon economy."

"We need a quick end to all fossil fuel subsidies. Direct subsidies should be stopped. Other subsidies should be removed by imposing carbon taxes sufficient to pay for the damage caused by burning fossil fuels. The needs to avoid major economic disruption and to protect the poor mean that this cannot happen overnight but it must happen quickly and to an agreed timetable. The poor and those on low incomes should be protected against price increases and be the first to benefit from renewable technologies and energy efficiency measures i.e. solar panels and insulation measures to homes,

For this proposal to be successful we need each country to create and publish a subsidy phase out plan within 9 months for discussion at the next Climate Summit, COP23.

It is going to be interesting is to see how the UK Government representatives in Marrakech justify their current policy decisions which fly in the face of the scientific evidence. This year has seen £1 Billion in tax breaks for oil and gas companies in the North Sea, planning and financial incentives for shale gas companies, cuts in support for renewable energy and energy efficiency and the bizarre and wrong headed proposal for a third runway at Heathrow Airport. The UK Government is fast reclaiming our former title  of 'The Dirty Man of Europe'. We need to see some rapid acceptance from Prime Minister May that we need less warm words on Climate Change from her Government and more properly insulated warm homes powered by renewable energy."

We also need a commitment from fossil fuel companies to change to a more positive culture by:

·         Not funding climate denial organisations and campaigns.
·         Not lobbying governments to prolong subsidies.
·         and to positively develop their own transition plans to more socially and environmentally useful activities

Posted by Andrew Cooper at 16:33 No comments: