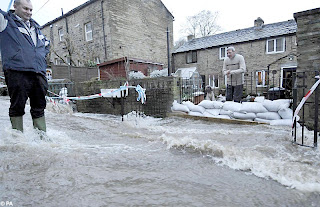 I had my first meeting as the new Chair of the Local Government Association’s Inland Flood Risk Management group this month. On the face of it a bit outside my comfort zone but some of the flooding issues experienced by householders in the Armitage Bridge part of the Newsome Ward have highlighted to me some of the real concerns people have who have gone through flooding events.


The attendees represented an array of Councillors for whom this area is a real passion and officers who grapple with flood related issues on a day to day basis including the National Flood Forum, the Environment Agency, DEFRA officials. So it was a very well informed gathering and an ideal place to get acquainted with the issues. I put the officers from DEFRA and the EA at their ease by telling them I was keen for us to have the meetings questions put to them and answered in a Select Committee fashion with lots of probing to get to the nub of concerns. They seemed suitably pleased by this and they defended the government as best they could.


One real bone of contention was the issue of how Insurance Companies approached flood risk. Insurance companies are approaching the insurance of properties for flood risk not on the basis of flood risk but on postcode. So you could have one property which could be at low/no risk of flooding and then further down the road a property at high risk. Both could be insurance blight areas. In fact this issue affects hundreds of properties in Runnymede which are completely unaffordable to insure for many householders and it would appear that their local MP isn’t desperately fighting their corner on this issue. Following flooding you would assume that Insurance companies would be keen to make areas ‘resilient’ to flooding in future by getting electrical sockets raised and having flood resistant flooring installed. You’d be wrong as Insurance Companies generally want things restoring to their previous state including low electrical sockets etc. Bonkers. I have suggested that there could be a 'green deal' type finance approach to paying for flood hardening measures for 'at risk' homes. A 'Wet Deal'?
The first actions I have asked for is a letter to the Association of British Insurers about the issue and a request for a meeting with the Minister along with other concerned Councillors and officials.
Posted by Andrew Cooper at 14:57 No comments:

Scrap - Would you credit it! 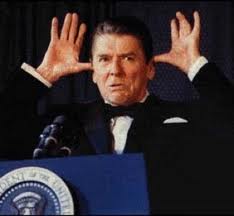 Now Ronald Reagan is not one of my political idols but some rather good quotes are attributed to him one being this one,

"There is no limit to what you can accomplish if you don't care who gets the credit."

Somehow or other this sprung to mind this week when I read in The Huddersfield Examiner that Kirklees Council will be considering establishing a Voluntary Code of Conduct for Scrap Dealers Now regular readers of this blog will remember I spent a morning going round scrapyards with the police and environmental services back in September and raised the issue with them about establishing such a code. Later we met along with the British Transport Police and knocked some ideas backwards and forwards and a produced a draft code which I suggested was put to Cllr Khan as Leader of the Council but also because he has an interest in the issue of scrap at a national level in his role at the Local Government Association. Of course we'll need Kirklees Cabinet approval to get it adopted and quite rightly we're looking at getting the code adopted more widely in Yorkshire and I think through the Local Government Association we could get replication of the idea at a national level. I guess it will be character forming for me to sit at the sidelines and watch the idea take off and be adopted more widely.
Posted by Andrew Cooper at 09:45 1 comment:

Posted by Andrew Cooper at 22:13 No comments: