The Yougov poll out today shows a leap forward for the Greens for the European elections and among voters in the North.  Greens are on 9% ahead of the Lib Dems on 7%. (1)

“The Green Party has now overtaken the Lib Dems in the North - as the recent poll shows for voters in the North on Europe,” said Andrew Cooper, the Lead Green Euro candidate for Yorkshire and the Humber.

“The Green Party vote is growing substantially now – something we can expect more of as the European vote is proportional.

“This is part of a trend  - Greens regularly beat Lib Dems in local council elections and beat the Lib Dems into 4th place in the last London Mayoral Elections.

The Greens on 9% (for the North) puts them where they need to be to get one of the 6 MEP seats for the region.  Adding in expected strong local campaigns in key cities, like Sheffield and Leeds,  where they have sitting Councillors and active political parties on the ground, can be expected to boost Green support further.

The Poll was taken before the official Green Party Manifesto and European national launch tomorrow, as well as before the Party Election broadcasts have been aired.

“Once people see we have overtaken the Lib Dems more support is likely to come our way,” continued Cllr Cooper.

“Coverage is often geared to perceived support, so there should be an urgent review of media coverage of the campaign to reflect the change.

Green Party membership has grown over 12% since the start of the year and is expected to top 15,000 before the local and European elections on May 22nd.

“It's clear that the difference of our message is really hitting home.”

We're in the last month or so run up to the Kirklees and European Elections now. A very busy time for me and the Green Party teams locally and across the region. In Kirklees we'll be aiming to win a third seat in the Kirkburton Ward with Cass Whittingham and we'll also be aiming to hold Newsome Ward with new Candidate Karen Allison. The Election is being held against a backdrop of £129 million of cuts imposed on Kirklees by the Lib Dem/Conservative govt and with a Council without a Local Plan leaving an open goal to developers. Honesty on these issues will be in short supply particularly in the Coalition parties literature as all the facts do not show them in a particularly good light. In Newsome Ward Karen is well placed with her strong links in community groups and long history as a Green Party activist. Labour have a new candidate Sheikh Ullah. We know him and he's a nice bloke but recent feedback from the doorsteps makes you think he might have caught a bout of election fever. We are told he's made claims that Labour were responsible for the traffic calming in Springwood when in fact it was funded under a small local Highways budget controlled by Green Party Councillors. Well 'Game on!' I guess. Familiar territory.

Anyway here's Shakey with 'Green Door' . Point of historical interest is that the Welsh Elvis was a member of the Young Communist League in his youth http://www.artistfacts.com/detail.php?id=2782

Posted by Andrew Cooper at 09:42 No comments:

Andrew Cooper around Yorkshire and Humberside from Edgar Holroyd-Doveton on Vimeo.


I really enjoyed this debate hosted by Leeds University Energy Society. Must say I was impressed by the guy from the Fracking company. I didn't agree with him on the need for shale gas but he was a good advocate for his industry and didn't dispute the science on climate change or the need for renewables and investment in energy efficiency.

Obviously pleased the audience vote came out against fracking. It was a packed hall with over 300 people there. Good conversations afterwards with the other panel members in the bar.

Posted by Andrew Cooper at 20:01 No comments:

Today was Otley Green Fair, talking to folks in Otley Market, delivering a loaf of leaflets to York, meeting Shan Oakes (number 2 on the Green Euro list) and then off to Bridlington  to drop more leaflets off for delivery. After that back to Huddersfield with Karen Allison with the next load of Newsome Ward leaflets to get out to deliverers. The Green Election machine is in gear! 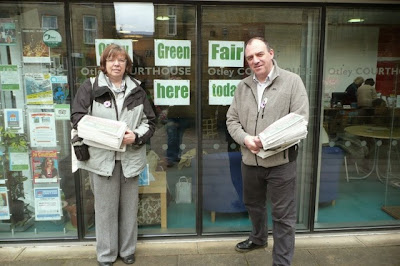 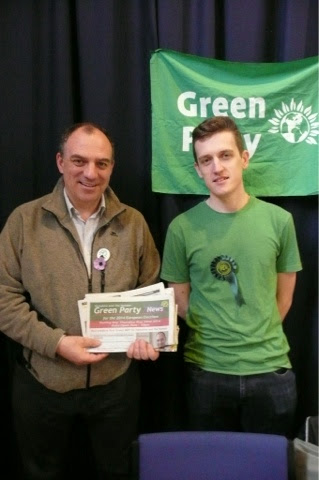 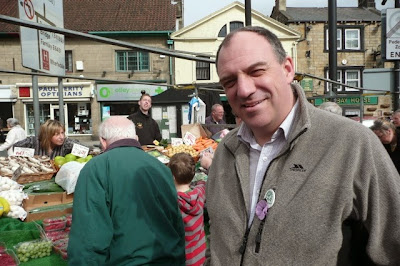 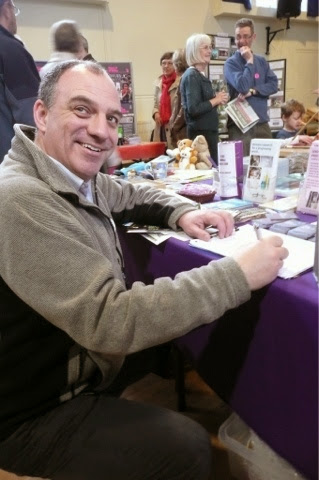 L
Posted by Andrew Cooper at 20:38 No comments:

Perfect Antidote to the Clegg/Farage debate

Posted by Andrew Cooper at 15:54 No comments: