Back to the Future.. Again! 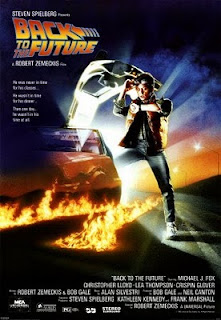 Gordon Brown is (we are told) going to put us out of his misery tomorrow and call an election. We know it must be on the cards because he's running out of time anyway and he's really being practicing 'that smile'.

What can we predict over the next few weeks. Lots of muscle flexing over who's toughest on dealing with the deficit is a sure thing but of course tough in a 'responsible' fashion. The truth is that a double dip recession is already in the pipeline. Hundreds of thousands of public sector jobs are certain to go within the next 2 years. This goes way beyond the efficiency savings we would all like to see in Councils and the Health Service. The loss of these incomes will impact on the spending power of many households and have a knock on effect on the economy as a whole. Have political parties not learnt anything about how you come out of recessions e.g Keynesian economics? the New Deal?

In their desire to appear 'tough' things could get very tough indeed. What we are experiencing now is the logical conclusion of policies started by the Conservatives in the 80s and embraced by New Labour. The lack of financial regulation got us into this mess and now we are going back to the regressive public finance constraints of the Eighties.

Instead of the Labour's rather barmy idea of comparing David Cameron to a politically incorrect but popular figure (Gene Hunt - Ashes to Ashes) they would have been much better comparing him to a vacuous american getting into a De Lorean that flies! But then it would be equally fair to superimpose their faces over Marty McFly's visage.

Back to the Future indeed!
Posted by Andrew Cooper at 18:50 1 comment: