Posted by Andrew Cooper at 21:36 No comments: 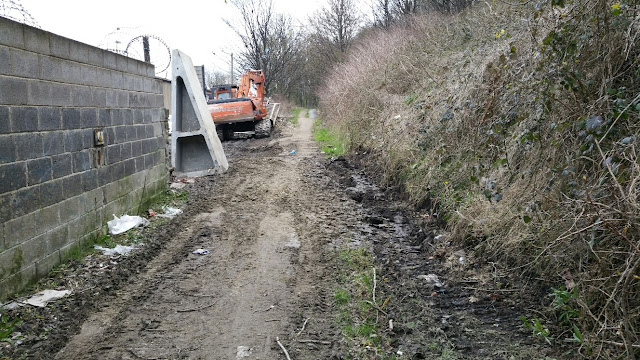 Newsome Green Party Councillor  Andrew Cooper has raised new concerns about the health and safety practices of the Waste  Management Company - Hunters Group who are based at Queens Mill Road, Lockwood,

"Fencing and a wall around the Hunters Group site have been removed by Hunters Group to allow access to different parts of the site by a large tracked vehicle. This leaves their operation insecure and accessible to children. It appears that these boundaries have been taken down so the vehicle can move waste around within their site. To do this Hunters Group have allowed this vehicle to churn up the land around the Public Footpath linking Queens Mill Road with Lockwood Scar. I have witnessed myself the vehicle using Public Footpath on Friday last week."

"I have raised this matter with  Kirklees Officers who are already taking action in conjunction with the Environment Agency regarding noxious smells and noise nuisance coming from their premises. This causing ongoing misery to householders at Wood Terrace above their site. The issue has also beeen raised with teh haelth and Safety Executive."
Posted by Andrew Cooper at 10:51 No comments:

Green Party Leader Natalie Bennett will be joining protestors from the Hands Off HRI campaign in the key Public Meeting organised by the Joint Clinical Commissioning Groups at the John Smith’s Stadium on Monday evening. The meeting with focus on proposals to abolish Accident and Emergency and Acute services at Huddersfield Royal Infirmary


“We need to get all Political leaders to back the campaign to save Accident and Emergency Services at Huddersfield Royal Infirmary. I’ve seen support expressed on social media from the Labour Leader Jeremy Corbyn and Lib Dem Leader  Tim Farron.  All we need now is for Conservative Party Leader David Cameron to back the campaign and we are ‘home and dry’!”


“ It is inconceivable that a large town the size of Huddersfield should be left without its own Accident and Emergency Department. This is part of a picture of underfunding of the NHS that I am seeing up and down the country. I am pleased to lend my support to this inspirational community-led campaign.”


Natalie will be gathering with protestors at St Georges Square from 5.00pm and then head down to the Stadium
Posted by Andrew Cooper at 08:44 No comments: 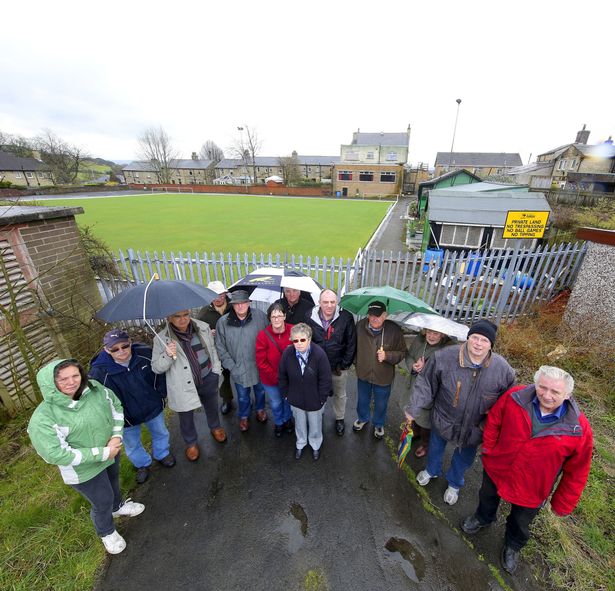 Members of Newsome Community Sports and Bowling Club have made a call for a partnership with a wealthy backer to resolve the ongoing dispute over the Newsome Bowling Green that has been used by the Club for 110 years.

This is a real opportunity for someone with the necessary means to back the Newsome Bowlers and help us make an offer to the Liquidators. They just want to have the simple pleasure of playing bowls on the same piece of land they have for the last 110 years. Somebody out there could back the community and show that it isn’t always those who push people around who come out on top. I believe that business and people with means are not all like the leaseholder of Newsome Working Mens Club and  I am keen to talk to anyone who wants to help us reach a happy resolution to this saga. “

Posted by Andrew Cooper at 19:39 No comments: