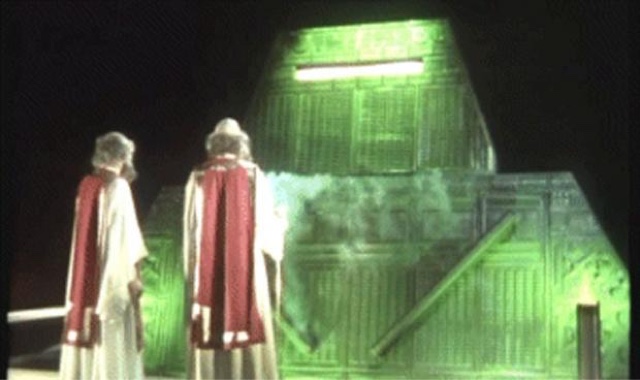 Something flashed into my head this morning. The result of the EU Referendum is like that scene in The HitchhikersGuide to the Galaxy where a supercomputer called 'Deep Thought' is built to answer the ultimate question of life the universe and everything. It takes many years to process the answer and of course the answer is, rather frustratingly, 42. To the perplexed masses the egghead programmers explain that they have provided the answer but not how it is achieved, that would require asking another question. So it is with the referendum. We have an answer but not the how we achieve it. In effect we've only had half the question answered hence the rationale for a second referendum.

What is done cannot be undone. The referendum has been held, the question asked and an answer given. We can discuss the many shortcomings of the Leave (and Remain) campaigns and the negative and often misleading approach they both took but to run the whole thing in the same way to hope for a different result would not bring our country together, it might tear it further apart. We need a different approach.

It has become apparent following the result that neither the Leave nor Remain campaigns had any plan for implementing Brexit. Without this Brexit plan people did not appreciate the implications of their vote. So though Brexit may have been agreed in principle, by 52%, the 'in practice' has not been agreed. In effect the UK has only being asked half the Brexit question. The second question (once we appreciate what the Brexit deal actually is) could be,

"The principle of leaving the EU was agreed on 23/6/16. Do you believe it should be implemented?"

So yes there should be a 2nd Referendum but with a different question. If the answer is YES then we press ahead with Brexit. If the answer is NO then the outcome of the original 23/6/16 is set aside and we remain members of the EU

With economic chaos breaking out all around us, hate crime rising and people's jobs under threat now it is difficult to take the advice in friendly letters on the cover of The Hichhikers Guide to the Galaxy - "Don't Panic" Let's not panic but we desperately need Political Leadership right now.
Posted by Andrew Cooper at 21:03 No comments: 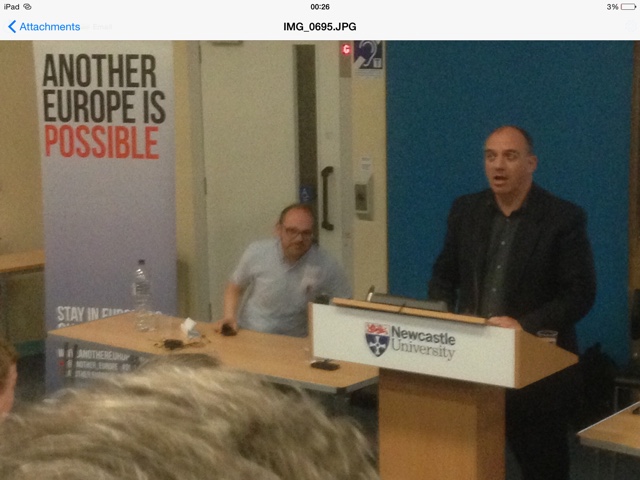 I’m Andrew Cooper. I’ve been a Green Party Councillor in Kirklees, in West Yorkshire for the last 17 years.. One of my more recent roles is as a member of the EU Committee of the Regions. This little known body informs the EU about the impact of its policies at a local level. I was appointed to the politically balanced 24 member UK delegation last year as the nominee of the Independent Group of Cllrs on the Local Government Association. As such I represent Independent, Green and UKIP Cllrs. I guess that makes me Nigel Farage’s Spokesperson in Europe on Local Government. Fortunately I don’t think he knows this.

The Referendum Campaign has been eventful. The bit I found most amusing was when the Vote Leave Campaign Bus visited Harrogate and parked illegally. They were duly ticketed by the local Council. Vote Leave rejected the ticket saying that as they were part of the Referendum Campaign and therefore were exempt. Now my brother is the Conservative Leader of Harrogate Borough Council and he tweeted the following “Let's see if they pay like everyone else has to. It's day one and counting #votepayup”- so the Brexitters don’t just have a problem with EU Laws but seemingly some UK ones as well!

In the last European Parliament Elections the Green Party took a 3 yeses approach to the EU.

Yes to a Referendum

Yes Yes Yes! The last time I heard 3 yeses in the same sentence was in the film ‘When Harry met Sally’  Somehow our 3 yeses never reached the same level of enthusiasm.

Yes to Reform because we know that the EU is by no means a perfect institution, the undue influence of big business over decision making, there’s TTIP that puts the interests of big business before democracy,  there was the heavy handed authoritarian austerity driven approach that was taken by the EU with the Greek Government.  These are just 3 examples that we could spend an entire conference talking about.

But if an institution needs reforming I’d start with one where a Government can get elected by 24% of the electorate yet wield 100% of the power. I’d start with one where an unelected House of Lords wields power with the support of religious clerics – just like they do in Iran. I’d start with the UK Government. At least in the EU MEPs are elected by a form of Proportional Representation, those who aren’t elected in the European Commission need the support of the democratically elected European Parliament to be appointed.  So personally (and this isn’t Green Party policy) I’d like a referendum on whether Yorkshire should remain part of the UK or in fact become part of Scotland because I don’t know about you but I feel more affinity with Scotland than with a Government led by Etonian Toffs.

Because fundamentally I believe that people forget that the binding together of our nations is more than simply an economic union but one that demonstrates the old Churchillian  truism that “Jaw Jaw is better than War War”. If we break those bonds of cooperation and friendship where that unravelling will end doesn’t bear thinking about.

Yes to remaining because we live in a globalised world with the impacts of big issues such as climate change, tax avoidance and crime not stopping at political boundaries. They require action by nations across borders.

Renewable Energy is a classic example. The UK has an EU target of achieving 13% of our total energy from Renewable Sources by 2020. Other nations are already exceeding their much higher targets, while we in the UK slip behind. This is due to a lack of UK Govt support for renewable energy. In the EU only Malta and Luxembourg are producing less of their energy from Renewable sources than the UK. The point of the EU target is that it makes the UK accountable, it compares us with others, and unfortunately it shames us and if there’s one thing this lousy Government needs it is shaming.

When the Paris agreement on Climate Change was signed the agreed EU Carbon reduction targets came as an amalgamation of different countries contributions. I regarded this as a huge positive but the negative fly in the ointment was again our own Government NOT the EU. At no point did they ask for the input of local Councils or Devolved Administrations on how to reach this target, nor for our assistance or ideas on how targets might be achieved. It’s almost as though we were irrelevant. UK Government was behaving remotely as if we didn’t exist in pretty much the same way that the Brexiteers regard the European Union treating the UK and its interests.

If another Europe is to be possible I would want it to be one where achieving EU targets is more strongly linked to action on the ground. So where the EU has a target for improving energy efficiency I want that to relate directly to warmer, healthier homes and working together to end the misery of fuel poverty. This would be an example of a Europe that is relevant to be peoples everyday lives. A Europe that has a common sense of purpose for Social and Environmental Good. This is why I believe a better Europe is not only possible but would be hugely popular.

We also said ‘Yes to A Referendum’ and that is the big uncertainty. There are those who say we shouldn’t have done it. Why are our nations being used to try to solve an internal dispute in the Conservative Party? Thats not going to work!
Of course there are risks. With the EU Referendum we do not know the outcome, peoples votes may be influenced by negative feelings or cherry picked facts but we will have our shot at getting our message across with a positive vision of a sustainable and progressive Europe. In my experience what wins votes is passion, belief and shoe leather. So between now and June 23rd let us use all these to get the result we need.

It is possible. Another Europe is possible!
Posted by Andrew Cooper at 13:40 No comments: