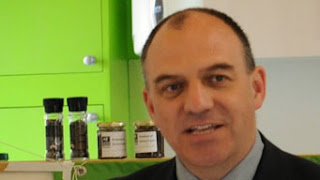 Kirklees Green Party Leader Councillor Andrew Cooper has been selected as his Party’s Parliamentary Candidate for the Huddersfield Constituency in the forthcoming General Election.

Andrew was first elected to the Newsome Ward in 1999 and has been re-elected five times beating all the major parties. He is the Green Party National Energy Spokesperson.

He successfully campaigned for ‘Welcome to Huddersfield’ boundary markers and for free insulation to over 50,000 homes around Huddersfield.

Speaking at his selection Andrew said,

Andrew proposed the initial motion that brought all political parties together on Kirklees to unite against the Clinical Commissioning Group proposals and he has been a consistent supporter of the objectives of the Hands Off HRI Campaign.

“I am full of admiration for everyone who has worked so hard on the campaign to save our Health Services whether they are seeking change and funding from National Government or tackling the local Clinical Commissioning Group on their proposals. We need a new way of sending a powerful message to whichever Party forms the next Government about what is most important to people in Huddersfield”

“Of course I am a member of a Political Party but I have worked with all parties on Kirklees Council on the hung council over the last 17 years. I am used to negotiating hard to achieve tangible outcomes. This is what we need from a new MP fighting in Parliament to get positive movement on our Hospital Services."
Posted by Andrew Cooper at 17:08 1 comment:

No Fracking Way - the beginning 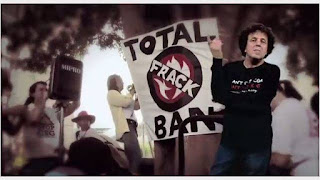 The No Fracking Way was inspired by Leo Sayer though I'm not sure to this day that he knows it. Eclectic though my musical tastes are I'm not your natural Leo Sayer fan. He doesn't make me 'feel like dancing' but I came across a song of his on Ŷoutube called 'No Fracking Way' a rock anthem in support of the Austalian Anti Fracking Movement. I immediately learnt things such as Leo Sayer had moved to Australia, he didn't like Fracking and he could knock together a tune that I did quite like. Then it occurred to me, "What if there was a real No Fracking Way like the Pennine Way or the Wolds Way?" This would be a Way where you could walk between 2 relevant Fracking points.

At the time we had 2 approved Fracking sites in the North of England. The Planning Application to allow Fracking at Preston New Road, near Blackpool had been rejected by Lancashire County Council but they had been overruled by the Conservative Government in Westminister displaying their customary lack of respect for local democracy. No such minor inconveniences in North Yorkshire as the Conservative County Council did the bidding of their Whitehall masters and passed the plans despite huge local opposition. 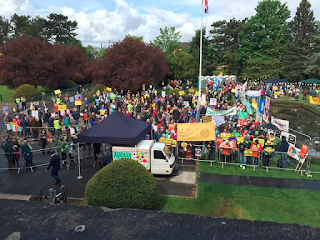 I had attended the first day of the 2 day planning meeting  in Northallerton to decide whether Fracking was to be allowed near the quiet village of Kirby Misperton. The evidence provided by those opposing was considerable and compelling on health, transport, climate change and other grounds. North Yorkshire County Council was aware there was a lot of public interest in the Planning Application and set aside 2 areas for supporters and opposers of the Planning Application. On the left hand side of the path to the Council Offices it was like a festival. About 300 colourful protestors with banners including the 'Nana's from the Lancashire Anti Fracking movement were demonstrating not just their solidarity with us Yorkshire Folk but also showing that women of a certain age can be full of passion, vitality and political awareness. Very inspiring. So what about the right hand side of the path? Well it was fenced off like the left hand side. Sensible precaution to avoid mingling and potential trouble between opposing groups. Likewise there were portaloos provided. How thoughtful. The principle difference was the lack of anybody on that side whatsoever. You'd have thought the Fracking Company would have instructed all their employees to have a picnic there but obviously that didn't occur to them. It was pretty clear where the strength of public opinion lay. The proceedings of the meeting were transmitted to the crowd outside to the sound of cheers and boos as appropriate. In my role as Green Party Energy Spokesperson I gave interviews to the Yorkshire Post and to the BBC. In fact the BBC made me give 2 interviews as I couldn't be there for the 2nd and final day of the Planning Committee meeting. One interview was my reaction if the Planning Application was refused and the other if accepted. I was in turn jubilant and outraged. The following day I was outraged. The Conservatives and an Independent Cllr had accepted the application against the express wishes of their communities. Like many my view was this wasn't the end of the matter and was in fact was a call to arms.

So back to the No Fracking Way. We had our 2 points to walk between, both provided by the Conservative Party. So a check of the distance on Googlemaps indicated around 120 miles. I thought doable in about 5 days but then I am by nature fairly optimistic/foolhardy. I emailed the Yorkshire and Humber Green Party Chair Ann Forsaith with the idea and she immediately liked the concept but not my idea of doing it in January. I was keen to get the whole thing out of the way early in the year before the election season kicked in. I was due to be helping get North Yorkshire Greens in their elections in May so didn't want to be wrapped up walking for days really. I was overruled and quite right too really.

I'd originally thought I'd be doing it on my own or I would walk one way and Green Lancashire County Councillor Gina Dowding would walk the other and we'd meet in Skipton. I did ask her but she wasn't too keen on that due to lack of availability. Now we had more time to plan and prepare, we could recruit a core team of walkers. Dates of Wednesday 8th March to Sunday 12th March were agreed as when we were to undertake the walk.

This thing was actually going to happen.
Posted by Andrew Cooper at 09:13 No comments:

Global Greens 2017 - Liverpool- showing the way to a Green future 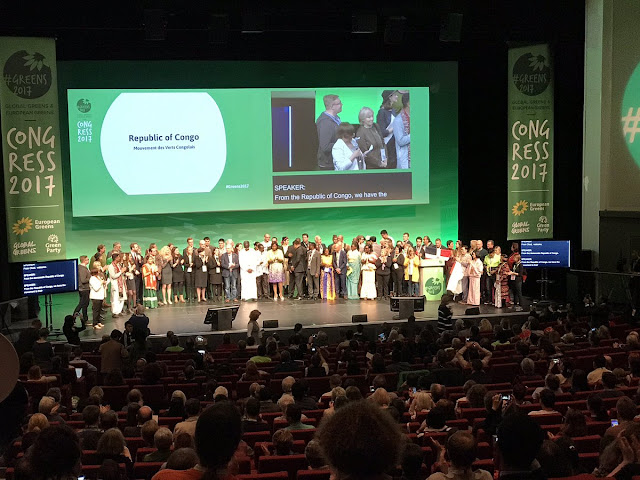 I've just left a Green Party Conference like no other. It coincided with the gathering of 2000ish Greens from all over the world who came together in Liverpool to meet, share ideas, successes, failures, fighting against the odds, celebrating our victories, recognising our common cause. We  realised that we are not alone that we are a connected family that can draw strength from each other.

I chaired a session on Green action against Fracking from around the world. Green MPs from Victoria in Australia and Bulgaria explained how they had successfully achieved Fracking bans in their own countries. Our own Tina Louise Rothery inspired us with her stories of the ongoing struggle against Cuadrilla at Preston New Road near Blackpool, the UK fracking  frontline. The overall feeling from the panel and in the room was one of hope, optimism, positivity with the knowledge that right is on our side. The Government are backing the Corporations and the Greens are backing the community. Tina mused why we in the UK were going the wrong way on Fracking while countries all round the world are banning it. I suggested we need to frame the struggle for a UK audience and that if we were going to 'take back control' from Third Energy, Ineos, Cuadrilla et al we should probably call the campaign 'Fraxit'.

That was just one session there were lots more and stories of our great gains in the Netherlands while the extreme right wingers withered away, the first Green President of Austria and our new role in the Government of Sweden. The real story was that the best way to combat the negativity of right wing populism was to provide a positive, optimistic, radical and compelling vision of the future.

I am both tired, happy and re-energised. In Liverpool I feel like we have come together from around the world with different parts of a map to a better future. We now know the way. We just have to put one foot in front of another. It's an approach I'm familiar with.
Posted by Andrew Cooper at 02:05 No comments: