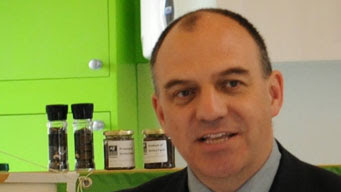 The Democracy Commission Report is significant and its recommendations can take this council further forward with our engagements with local citizens. There are however some real missed opportunities that could have made this report even more far reaching than it is.

There are 4 areas I’d like to highlight which I guess form my minority report.

In Scotland they have just had their local elections using the tried and tested Single Transferable vote method where the percentage of votes more closely align with the number of elected Councillors.  Proportional Representation. This fairer system doesn’t favour particular parties it favours the electorate and their wishes. So under a First Past the Post System in Scotland at the last elections all but 3 MPs came from the Scottish National Party whereas in the local elections that they have just had the number of Cllrs elected reflects the vote and bizarrely one of the beneficiaries of this system was the Conservative Party who would have had far less representation in the traditional archaic electoral system we have for local elections in England. I’ll leave that there and to be fair it was always a non starter as a recommendation sensible though it would be.

Other potential recommendations should have been less controversial.

As Commissioners it was our role to go where the evidence took us and the vast majority of it said that all out elections every 4 years were good for the governance of public bodies like the Council. Of course there is concern about how accountable this makes us politicians but there lots of precedents for elections every 4 years e.g. County Councils, the Greater London Assembly, Scottish Local Authorities, Doncaster Council, Rotherham Council and our own Government. This Council can be in a state of almost constant electoral warfare. No sooner have we finished one election than we start another. Difficult decisions that need to be made due to financial pressures get fudged. We need to be able to present a programme to citizens for a four year term so people can really judge how well their council is over a reasonable amount of time. Local elections every four years could become event not the usual trek for the faithful few to the polling station. This is not one of the recommendations before you and in my view it is a shame.

Reducing the number of Cllrs

Another recommendation that is not here is to reduce the number of Councillors. Some good arguments have been put as to why we need to maintain the number of Councillors we have and to be fair I agree with those arguments. So what is the proble?m. Well I also agree that we should not be cutting funding for roads. I also believe that we shouldn’t be shutting Libraries. I firmly believe that many of the 1000s of people that have left the Council’s employment were doing a good job and I think perfectly good arguments could have been made to keep many of them. The problem is that our budgets have been slashed hugely by the Government. We need to demonstrate to show the public that elected representatives share the organisations pain. It is about giving people confidence that we as Councillors don’t regard ourselves as untouchable or insulated from harsh realities

The last thing I’ll mention is not specifically excluded from the report and that gives me hope and that is establishing a Huddersfield Town Council. Next year will be the 150th Anniversary of the founding of the County Borough of Huddersfield and it would be marvellous if we could make some real progress to establishing a new council for the area. Town Councils have recently been established in other areas. They have access to funds we don’t. By their nature they are closer to the people and have a stronger local connection by their very nature. As Kirklees considers the abolition of district committees, as funding is cut back we need to provide people with hope and show them that there is a plan to not simply manage decline from Kirklees Council but find new forms of democracy that they can identify with, be part of and know is on their side.


Together these 4 proposals would provide a radical and I believe popular change to Democracy in Kirklees that would capture local peoples imagination, trust and enthusiasm
Posted by Andrew Cooper at 19:26 No comments: