Today was interesting. I reacquainted myself with the Transition Network. You remember it don't you?

Yep we're on the same page.

"Oh yes I've got a copy of the "Transition Town Handbook...somewhere. Whatever happened to them?"

Well to be honest that was my thought and the answer seems to be that they became a global success and spawned lots of community based resilience activity all over the world being particularly successful in France, Belgium and Japan to name but a few but sadly they need to re-imagine themselves back in the UK I feel and it would be good if they could.

In a nutshell the Transition Network is all about resilience. Resilience to a world less reliant on dwindling fossil fuels and where more goods and resources can be sourced sustainably locally. Where a thriving community becomes even more important and a vital part of the solution.

One of the reasons for the 'Rest of the World' success of the Transition Network is the smash hit film 'Tomorrow'.

"What? You mean Tomorrow Never Dies with Pierce Brosnan as Bond?"

No 'Tomorrow' a film about the Transition Movement. It's won stackloads of film awards and scores 92% on Rotten Tomatoes. Its success is attributed to the fact that it spends the first 5 minutes on environmental doom and gloom 'get me out of this room' stuff and the rest of the movie on solutions, optimism and hope. Its been inspirational to people around the world and I'm ashamed to say that until today I'd never heard of it. I wonder if its on Netflix.

The reason I know all this is because today I was one of the speakers at the European Day of Sustainable Communities event in Brussels hosted by the EU Committee of the Regions and EESC which was full of people from around Europe who have been inspired by the resilience message of the Transition Movement. Their Umbrella body is ECOLISE or 'the European network for community-led initiatives on climate change and sustainability'  It was great to be among like minded people to whom the ethos of 'Think Global Act Local' is intrinsic to their very being. They think small scale and value community, incremental change and recognise that as I put it today "That we don't just want to save the world but create a better world". It was a very positive event and full of articulate, bright and many young people. So when we were asked for a word to sum up our thoughts of the day I chose 'hope'.

I wonder what can be done to revitalise the fortunes of the Transition Network in the UK? It warrants serious thought. We have a group near us Holmfirth Transition Town which continues to do some excellent work but I get the feeling across the UK they are not as active as they were five or six years ago. Maybe one of the reasons is that they came out of  'The End of Oil' debate that seemed to place the crisis with the lack of fossil fuels as opposed to the fact that we'll burn them and ourselves to oblivion before we have to worry about them running out. This doesn't make the Transition Network any less relevant at all in fact the 'Hothouse Report' and ongoing extreme weather events mean that we must find ways of making the approach they take relevant to many more communities.

My resolution from today? To watch the film 'Tomorrow' and if I like it to get many more people to watch it probably at Huddersfield Green Drinks at the Media Centre. Here's the trailer 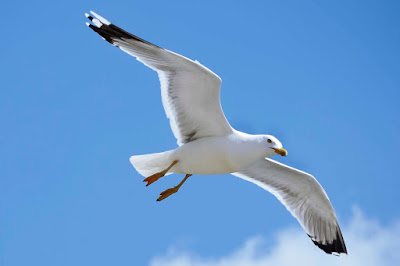 I've always admired the Royal Society for the Protection of Birds. They are one of the largest membership organisations in the country. Over the years they will have had plenty of pressure on them to oppose planning applications for wind turbine and wind farm developments but they have taken a pretty robust line saying from the start that,

Its a bold opening statement but they do follow through and only object to about 6% of wind applications and that was when the UK Government hadn't to all intents and purposes practically outlawed onshore wind farms and turbines. They are still strong defenders of avians and are not shy to say where there are inappropriate wind developments but not as many as misinformed Mail readers and retired Colonels would like I'm more than sure. They speak of the need for wind farms to be sited away from major migration routes and breeding/roosting areas and point to examples of poor sitings of wind farms but generally not in the UK.

So why this interest? Well tomorrow I'm speaking at an event in Brussels looking at the impact on biodiversity of renewable energy and how to minimise it. What I've been encouraged by through reading the literature is the desire from both perspectives to seek common ground and a real expectation that it can be found.


Now my role in this debate is to assess from a UK perspective how renewable energy developments interact and match EU Nature Legislation. To be fair the EU legislation is pretty good in this regard and has at its heart a desire to balance the needs of humanity with the natural world. The question I have is will that same balanced approach be one that we will realise with our current government? As they have made it practically impossible to install wind technology on our island I think balance is the last thing they are seeking. They don't seek to harness the wind but to simply bend in the wind to a vocal minority most likely from their own potential supporters. Far from 'taking back control' from the EU we will be passing it on to narrow perspectives with no appreciation of the real issues. A triumph for the ill informed opinions of the guy in the pub over anyone who actually knows what they're talking about.

So here's 'Reap the wild wind' by Ultravox

Posted by Andrew Cooper at 19:34 No comments: