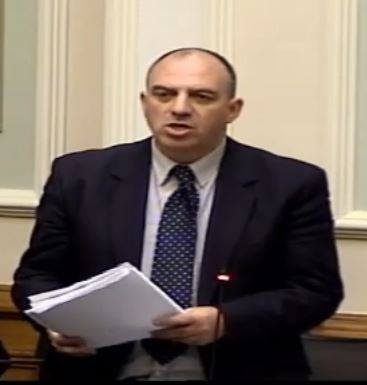 I’d like to start by paying tribute to the last Council Leader David Sheard. You knew exactly what you were getting with David. No double dealing, just straightforward and honest. Sure sometimes he’d get things wrong, he would do things I didn’t agree with, but you could trust him and trust can be a rare and precious commodity especially in the world of politics. I wish him a speedy recovery.

Now to today and we are offered a new Leader of the Council and as a hung Council it needs to be someone who can secure the trust, support or acquiescence of at least one other Political Group on this Council. I have to say to you today that Councillor Pandor will not have that support from Councillors in the Green Party and Independent Group. Trust is vital in the role of a Leader. Trust in their ability and trust in what they say. We understand that the Labour Group were told by their new Leader some days ago that our support for his administration had been secured. It had not. If a Leader cannot tell the truth to their own political colleagues, no matter how unpalatable that might be, then how can he be trusted with the Leadership of this Council?

This bid to lead Kirklees Council is not built on principles, policies or a programme. It is a bid constructed of personal ambition, fuelled by promises and secured by patronage. It cannot stand. It cannot be supported.

Kirklees Council is on the edge of a precipice, our budgets are declining and the longer we leave the administration in this chaos, the harder it will be for any administration to fix. We have a Draft Local Plan that, if delayed, could leave our communities at the mercy of developers.  Labour Members as the largest group on this Council have a special responsibility to recognise the reality of this crisis, to heal your internal wounds quickly, hard though I know that is, and to come back with an answer that unites not just your own Party but that of the Council as a whole. If you don’t then it is not just this Council as a body that you will be letting down but all the communities of Kirklees.

I say directly to Labour Members and particularly to those who may have supported Cllr Pandor that he cannot lead this Council. Your loyalty to your Leader has been demonstrated by you putting him forward today as your Groups nominee to lead our Council. If he does not succeed in that, then that reality has changed, all bets are off. The Labour Party will need to come up with a new solution and quickly. We will help you where we can to secure a stable administration. It is the responsibility of every Kirklees Councillor of whatever Party today to help achieve that. 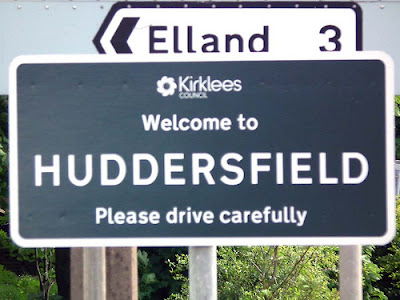 The Kirklees May Elections are over , the votes for each of the wards in the Parliamentary Constituencies have been aggregated and in Huddersfield the Green Party got second place across the 5 wards that make up the Constituency. Labour is on 45% of the vote. Greens on 18.8%, Conservatives on 18.5%, Lib Dems on 11.1% and  UKIP on 5.5%. Of course these are Local Elections not a General Election and the Newsome result for the Green Party at 52% was the 2nd highest winning result of any Party in the Huddersfield Constituency. We beat the Lib Dems into 4th place in Ashbrow and Greenhead with it has to be said very little in terms of campaigning by the Green Party at all outside the Newsome Ward.
Posted by Andrew Cooper at 17:53 No comments:


The election of 2016 in Newsome was an interesting one. The Green Party entered the election period with a robust record of tackling local issues of concern to the various communities that make up the Newsome Ward. So we had a good story to tell on the doorstep about the value of voting for the Green Party. In our literature we were able to say substantial things about local concerns from an informed and involved perspective.

We were fortunate to have a committed team of activists who canvassed and leafletted throughout the campaign and put in many hours of work. We had planned the campaign months in advance and knew what we were going to do. There were only small variations to what we usually do and in retrospect there are things we could have done that might have upped our chances

The Labour Candidate was certainly enthusiastic. We soon got reports from people about their encounters with him on the doorstep " Vote for me I'm going to win" and " the Greens are going to lose this time" seemed to be his principal messages. The first Labour leaflet had pictures of the Labour Candidate with all sorts of local folks we knew. Nadeem with people at a coffee morning and Nadeem with people outside his family's shop holding 'Hands off HRI' posters. Quite a number of them were rather nonplussed and some needlessly apologetic to us when they found themselves appearing in his election literature as his assumed supporters. We could have made something of this in the election campaign but decided that the local grapevine would be effective enough without us pushing it. It was.

Every now and again I'd knock at a door with a Labour poster in the window and say "I respect the fact you're voting Labour but is there anything we should be doing that we aren't doing?" It transpired that the Labour Candidates persistence might have got a poster in the window but that didn't necessarily mean they were voting for him.  He got out a lot and saw a lot of people but what he said when he got there didn't help him much with most folks.

He also knocked at the doors of our supporters and started telling them that "Andrew Cooper has given up in this election because he's going to lose". I found this particularly annoying and when I tackled him in the street about it he said, "You have given up! I can see the frustration in your eyes". What I said to him after that isn't worth repeating!

Then there was the graph on his leaflet that showed him in the lead entitled 'Polling Report'. It transpires this was derived from Labour's own canvassing. As most of their canvassing was done by Nadeem, who seemed to start out believing he'd won, perhaps their canvass returns may have been seem through rose tinted spectacles

So we come to the count and obviously we're interested to see the outcome given the Labour Candidates boundless confidence. Election protocol/rules/law prevent me from divulging too much about the count but it would appear that we did very well in most parts of the Newsome Ward. The majority was 606 with a 52% share of the vote was about the same as last time I stood in 2012 and nearly twice as big a majority than we got last year (though it was a General Election year). As the last votes were counted I was going to go to Nadeem and say "I can see the frustration in your eyes" but just decided to shake hands and call it a night.