And the award for missed opportunities goes to........ Kirklees Council 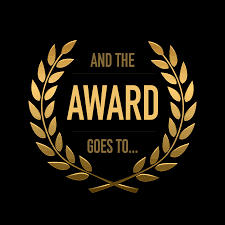 The word on the street is that Kirklees Council is Award chasing. Don't get me wrong I think it is important that work by some of Kirklees Council's excellent staff is recognised but it would be interesting to see the ratio of awards applied for, how many were shortlisted and how many resulted in winners. Among other things Kirklees Council has recently won Catering Business of the Year which I'm sure is well deserved but if there is a push to chase awards for their own sake that would be worrying

Another Council that has received recognition this week is the Green Party /Lib Dem Administration in York. It has been named by the United Nations as a Global Centre of Excellence for high performance buildings - one of 26 around the world to mark COP26 including New York, Pittsburgh and Renfewshire in Scotland. This has been lead by Green Party Councillor Denise Craghill the Cabinet Member responsible for housing and is a recognition of the Councils plans to build an impressive 600 houses to the Passivhaus standard There has been a big push in the Green Party to get action the Passivhaus Standard more widely adopted and I wrote a Passivhaus  Flatpack Campaign Pack back in 2016 and around the same time I chaired an All-Party Policy Group at Kirklees Council which in It's final report recommended the following to Kirklees Labour Cabinet:- 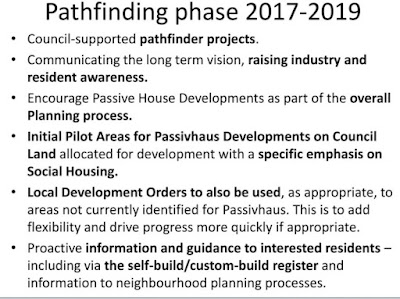 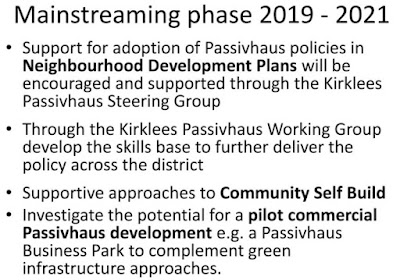 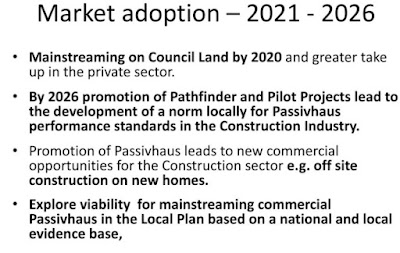 Repeated question on how the Cabinet would respond to the recommendations were met with silence or misinformed myths about the Passivhaus standard. Now 5 years later the Council is carrying out a 12 house pilot project. At the last Council meeting I asked what the point of the pilot was? What will we learn that we don't already know from the now numerous projects around the country and places where they are now working to mainstream the standard. We should drop the pilot and go straight to more ambitious passivhaus projects at scale.
To say I am frustrated at the timidity and lack of ambition by Labour politicians on action to reduce carbon emissions is an understatement. Political power is a precious thing and wasting the opportunities it brings to bring positive change is a crime.
Here's "Drop the pilot" by Joan Armatrading
<iframe width="560" height="315" src="https://www.youtube.com/embed/x-lme0G6pOo" title="YouTube video player" frameborder="0" allow="accelerometer; autoplay; clipboard-write; encrypted-media; gyroscope; picture-in-picture" allowfullscreen></iframe>