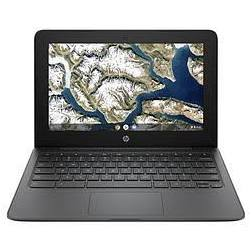 In November, in a Newsome Ward Partnership Zoom meeting, I was made aware by representatives of local infant and Primary Schools in the Newsome Ward that there was a shortage of laptops/tablets for children in years 2 and below to do home learning. The biggest impact was of course those people on the lowest incomes. Children in these years were not helped on the Government scheme being run by DfE. This looked like an ideal opportunity to use our local Ward budget that we as the 3 Newsome Ward Green Party Councillors controlled. So we asked Council officers to look into the details liaise with Kirklees IT staff and allocate an initial £3000 to the project. Kirklees staff did a great job and allocated the laptops which duly went out tho the pupils who needed them. Emails of thanks came from local Headteachers and we were pleased we had been able to help.

Fast forward to 19th January this year and the next Newsome Ward Partnership meeting and we met again with representatives of local schools who told us how things were going and said they could do with about the same number of laptops again. So we started to see what could be done. In the meantime I had been asked by the Green Party if there were any good examples of positive things Green Councillors had managed to do during the Covid crisis. This looked like a good example so on Thursday I appeared in a Green Party Political broadcast that went out on national TV. There I was in my kitchen over Zoom and I said the words,

"In Kirklees, Green Councillors saw that younger pupils were missing out on vital IT equipment to enable them to learn from home. They weren't being helped by government or council schemes so we stepped in to help using our local budgets."

"Andrew, I hope you read or have read the briefing that I am putting out to all councillors about the provision of laptops to children in Kirklees Schools. You will note that Kirklees has distributed the 3rd highest number of laptops in the country and that we are providing an extra 1000 plus out of the council’s budget for them, your statement during your broadcast last night was completely at odds with this. If any schools in your ward are in need then please point them in the direction of the Learning Service because we are trying to make sure that all children in Kirklees have equal access to the devices that they need and that none go wanting, again in contradiction to what you implied last night.

I had a number of problems with this email. The briefing  was sent out in the afternoon that very same day and so of course I hadn't read it. Why would I withdraw a statement about some positive action we had taken in November because Labour had just announced a scheme 3 months after the one we did. A cynic might think that Labour's briefing went out as a hasty response to the publicity for our successful scheme and they didn't like the idea of anyone else other than themselves getting recognition for positive action. I also pointed out to Councillor Pattison that Kirklees Headteachers were not all aware of this offer from the Council as only this week we had contact from neighbouring schools asking how they could get funding for laptops like that we have provided in the Newsome Ward. It is all just a bit disappointing really. The most important thing is that children get the support they need and I am pleased that Kirklees is now providing the support that is needed. There was really no need for this petty politicking.

Here's the 'offending' part of our broadcast.