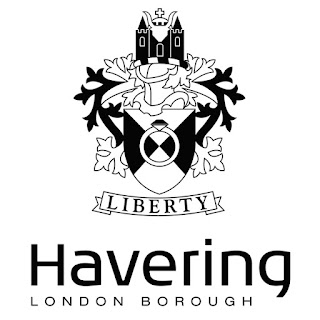 As sea levels rise, heatwaves ravage the populations of our cities and crop failures leave millions facing starvation what are we to do? We are told by Climate Scientists after years of peer reviewed science that climate change will affect us all but fortunately they are rather surprisingly wrong, in Havering at least!

Now I'm no climate change denier as a general rule but the good Councillors of the London Borough of Havering when presented with a motion at a Council meeting in July asking them to 'Declare a Climate Emergency' voted against it. It would be uncharitable to suggest they ignored the scientific evidence, that they valued their own opinions, or that of some bloke in a pub, more than that of climate scientists so all I can assume is that the London Borough of Havering has a very resilient micro climate or a protective shield which maintains a stable environment. That's not all of course their economy must also be independent of all the same influences that those of us unfortunates on the rest of the planet who are actually affected by a climate emergency have to put up with.

The London Borough of Havering is a truly blessed place. So when our homes and streets are inundated, when extreme weather conditions make large parts of the world uninhabitable then the London Borough of Havering is the place to go to. I am sure that was what the Councillors who opposed the Climate Emergency meant. They want Havering to be a beacon for climate refugees. Perhaps they could build a 'Statue of Climate Liberty' saying beneath it " Give me your tired, your poor, your huddled masses your yearning masses". What a good spirited bunch are the Councillors who opposed the Climate Emergency motion are and what were those Havering Councillors who proposed the motion thinking of?
Posted by Andrew Cooper at 21:32